As this year’s Google I/O developer event kicks off as of yesterday, Google have revealed some very exciting news for all Android developers. With the introduction to the developer preview for ‘Android O’ starting yesterday, developers will have a brand new set of tools to better optimise their apps. These new features include real time monitoring of each line of code to help the developer track down any issues like freezes or crashes, or bugs.

This year we have seen the arrival of ‘Android O’ made available to developers in March, however, the beta version is an operating system that makes the entire user experience much more faster and seamless than ever before! All this magic has happened with focus on concepts like ‘Fluid Experiences’ and ‘Vitals’.

What is a ‘Fluid Experience’ you may ask? A ‘Fluid Experience’ is an umbrella term that Google are using to refer to a set of new tools that have been designed to make Android increasingly seamless.  In fact, Android O is coming with many advanced new features such as picture-in-picture mode, app autofill, notification dots, among others things like security enhancements.

One of these new features of the Android O that lean towards the idea of creating fluid experiences is the  ‘picture-in-picture’ mode that lets smartphone users view videos and take notes at the same time.  For example, while a user is watching a YouTube video, the user can simply tap the home button and the Android enters this completely new mode. The picture-in-picture mode gives the user a minimised view of the video they are currently playing allowing them to multitask and increase their productivity. This allows users to effectively multitask such as watching a video and carrying out a range of other tasks like browsing through web pages,  messaging friends or writing down notes all the while the video plays seamlessly on the screen in a minimised view. 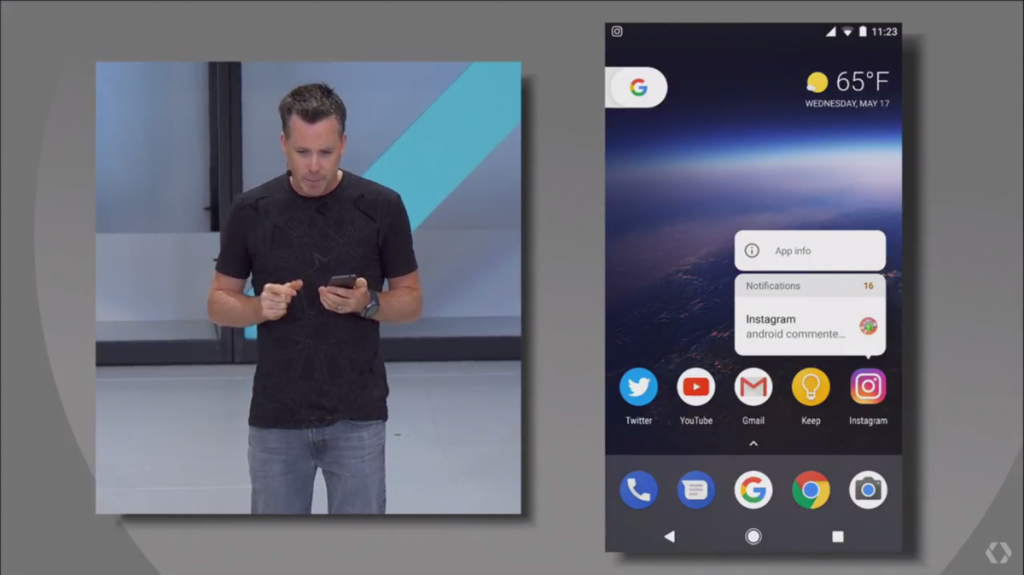 Android have been at the forefront of advanced notification systems, which is about to become even more seamless for app developers and Android users with the introduction of ‘Notification Dots’. What are Notifications Dots? Great question!  Notification dots are a brand new way for users to identify activity in their app and drive their engagement. Essentially a ‘Notification Dot’ is  a dot on an app’s icon which indicates unread messages or events. This is arguably a much better way for people to find out what’s new and check out their messages. It is also easy to work with for app developers as Google can even extract the colour of the dot from the developer’s app icons making development much less of a headache. Users will still have their familiar notification icons in the status bar and cards when they swipe down on the screen, but a new dot icon will be placed on the app icon itself in Android O. On top of this, with Android’s long pressing mechanism, the new dot will bring up a small card displaying the active notification, allowing the user to directly interact with it instead of having to use the swipe-down interface.

Another new feature on Android, is the ability for users to use enhanced smart-text-selection and autofill options that use contextual clues that save the users effort and time by reducing unnecessary typing. This is all thanks to Google’s powerful machine learning algorithms which they have been incorporating in all of their products. Now users can use double tapping or long pressing on a word which will trigger their Android to analyse what they have selected. The android can potentially select more text so the user can easily perform a search, or copy and paste the text somewhere else. For example, if someone messages a company address, simply double-tapping just one word in that address will result in Android automatically selecting the entire address. The Android is using context awareness to know that the user wants to copy or look up something more than just what they initially selected. Android will not only know the user wants to select an entire address, it knows that the text is an address and will suggest Google Maps as a way to automatically find a location.

As well as Fluid Experiences, ‘Vitals’ is all about making sure that the Android is more effective in the backend , which includes faster boot and application loading times.  Google Play Protect, combines many new security features that will protect the user’s device from real-world digital threats. There are many other features coming to Android O that relate to various security features and developer tools. A new scanner called ‘Google Play Protect’ within the Google Play app will allow the user to scan the installed apps on their device to potentially track down any security risks or malware. This will be compatible with every single Android device running with Google Play. 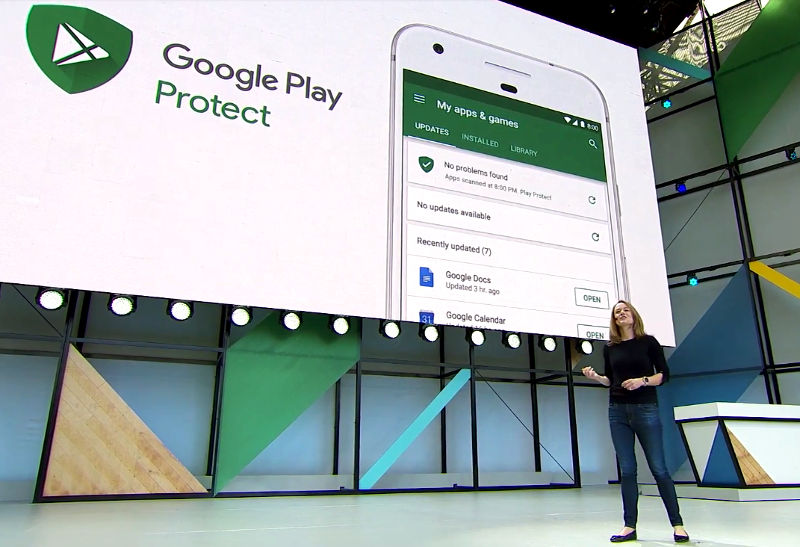 Google will also improve the Android’s battery life by cutting off power-intensive apps and joining up its text and machine learning platforms. Google recently lifted the lid on ‘Project Treble’, which will ease the pain of getting updates pushed out to various handsets.

There are so many more features for the Android O, such as a lite version of Tensorflow, which is software that enables machine learning right on any mobile device. This is due to the introduction of cloud services for machine learning allowing developers to rent the resources that they need whether that is CPUs, GPUs or TFUs i.e. Google’s new ‘Tensor Flow Units’. Developers themselves have much to be pleased about with the news that Android O now supports the Kotlin programming language. As a developer myself, they have made programming in Kotlin a much easier experience with advanced compiler capabilities that can auto generate Java code into the Kotlin language.

The Android O beta was available to download since yesterday and will be available for everyone later this year.