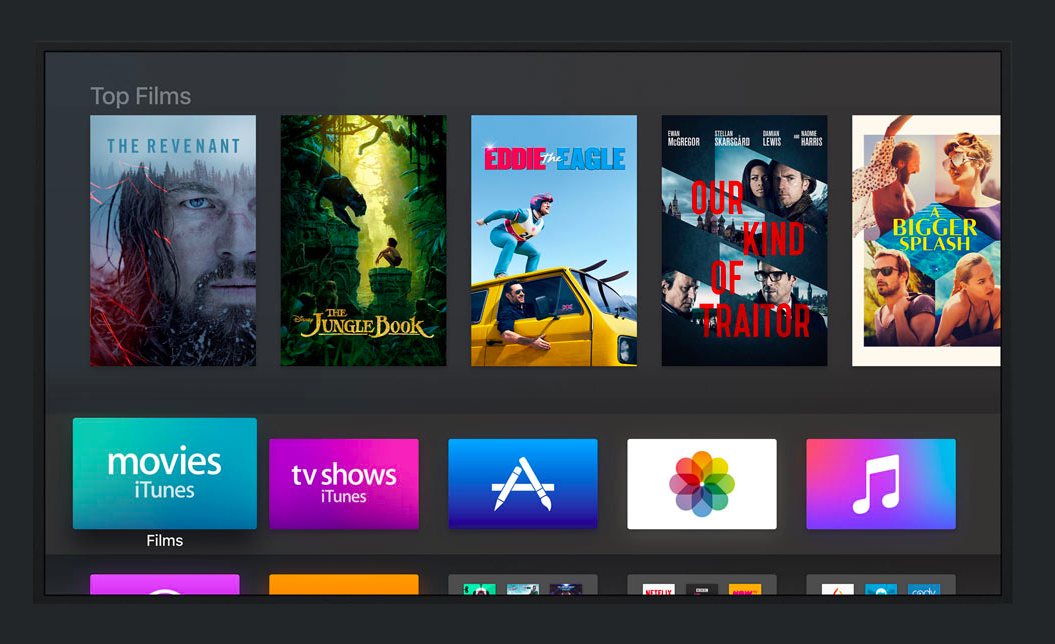 At WWDC 2017 last week, the Apple TV didn’t gain much stage time really, but the next tvOS 11 update does add some new useful features. Tim Cook did mention on stage the new addition of a native Amazon Prime Video app, which is coming later this year.

tvOS 11 may not add any headlining big features, but similar to macOS High Sierra – it focuses more on iterative improvements to further increase the usability of the operating system.

With tvOS 11, Apple has added yet another benefit of using AirPods with your iPhone, currently if you own the wireless earbuds, they’ll have automatically paired with your iPad, Apple Watch and Mac once setup on your iPhone.

Now with tvOS 11, AirPods will automatically work with your Apple TV – providing it’s on the same iCloud account.

Similar to the Night Shift feature on macOS and iOS – the Apple TV running tvOS 11 will now automatically switch between the light an dark UI mode, depending on what time the sun sets and rises, making it a bit easier on the eye when using the Apple TV at night.

If you have multiple Apple TVs in one home, i.e the living room, kitchen and bedroom – the home screen layouts will now stay in sync, making it a bit easier to use each box. You can turn this on or off in settings. It does require an Apple TV 4, the same iCloud account used and tvOS 11 to work however.

When will tvOS 11 be released

No date has been given for the release date of the next Apple TV update, but going on previous years timings – it should be available at the same time as iOS is, which is usually September.