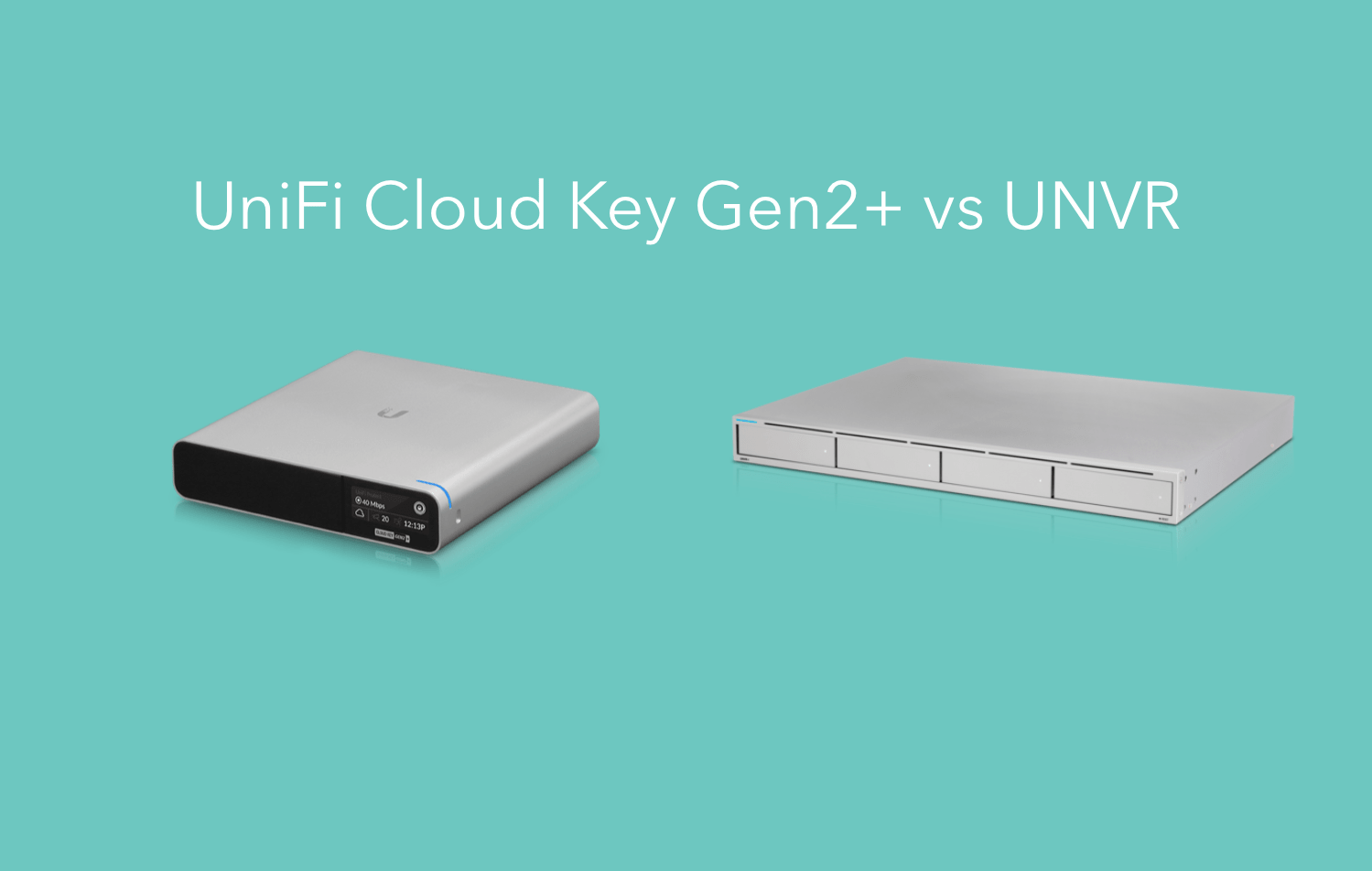 Currently, Ubiquiti offers three types of hardware NVR solutions for use with its UniFi Protect camera system. With the previous, now discontinued and EOL UniFi Video platform – Ubiquiti offered two different hardware solutions, with the UniFi Video NVR and the UAS-XG appliance server. UniFi Video could also be installed on your own hardware. On Windows, Ubuntu and more. UniFi Protect was introduced in early 2019 and as of writing, it can only be installed on the three devices Ubiquiti makes. The UNVR, Cloud Key Gen2+ and the UDM-Pro.

In this guide we are only going to compare the UNVR and Cloud Key Gen2+, as the UDM-Pro is an all in one firewall and application server that runs UniFi Network as well as UniFi Protect and it can’t be easily added onto a network if you already have an existing firewall set up.

Ubiquiti started things off with the Cloud Key Gen2+, a simple device which now acts as a small appliance server for all of Ubiquiti’s UniFi apps – Network, Protect, Talk, Access and LED. A small screen on the front can LCM display information about motion events for Protect and throughput, clients connected and devices connected for UniFi Network. An included user upgradeable 1TB 2.5-inch hard drive for use with Protect, can be increased to a maximum of 5TB. In terms of specs, Ubiquiti recommends a maximum of 20 G3 cameras, or 10 G4 cameras if only running UniFi Protect. If running UniFi Network as well as UniFi Protect, a recommended limit of 15 UniFI Cameras and 50 UniFi Network devices, or 7 G4 cameras and 50 UniFi Network devices.

For anything larger scale, Ubiquiti introduced the UNVR in June 2020 with a much higher capacity for cameras and data. The UNVR sits in a 1U chassis for rack mounting and only runs UniFi Protect. It has four 3.5-inch hard drive bays, which are user upgradable and they also can house smaller 2.5-inch drives if needed. Due to the amount of cameras it can handle, there are two network interfaces, with gigabit ethernet as well as an 10Gbps SFP+ port. Ubiquiti’s USP-RPS power distribution system is also supported for larger installs.

The UNVR supports a maximum of 50 HD UniFi cameras or up to 15 G4 4K cameras, with those interchangeable as and when needed. Even though the UNVR supports 4 hard drives, none are included by Ubiquiti.

It depends how many cameras you have or are looking to install in your network as well as considering if you have somewhere to put the UNVR if that is the route you take. The UNVR with four hard drives loaded up can generate some gurgling noises from the hard drives, which is to be expected as this kind of device would usually live in a server room, not a home. The Cloud Key Gen2+ is more suited to home environments, it is passively cooled, silent and takes up less space, plus most people aren’t going to have more than 20 G3 cameras in a home.