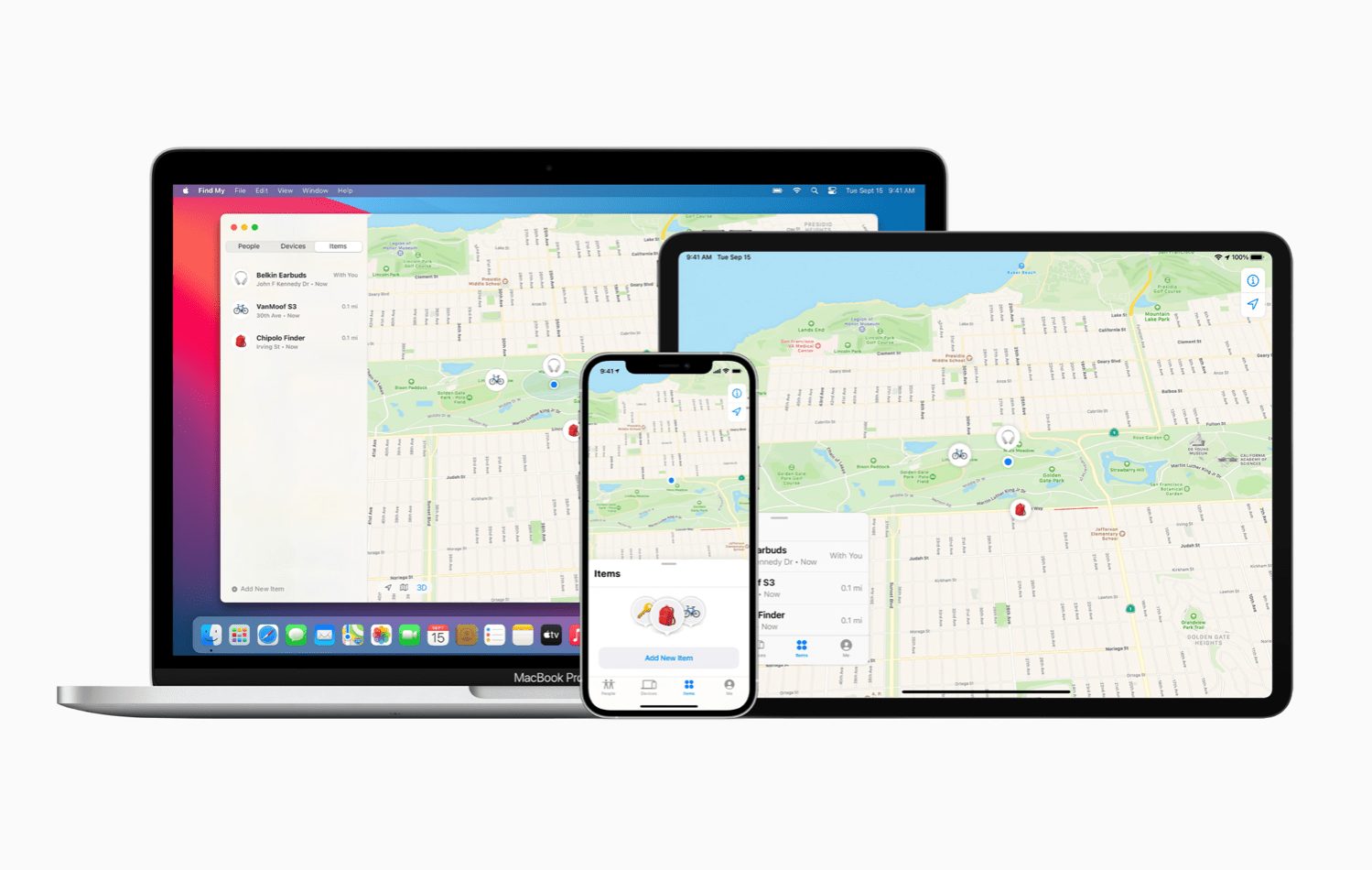 Today, Apple has announced the new Find My network, which will allow third party accessories, which are part of the new program appear in the Find My app on iOS, iPadOS and macOS. Apple has been much rumoured to launch their own so called AirTags for the past 2-3 years and this still might happen but the announcement today seems to lay some potential ground work for such a device.

The Find My integration for third party devices allows manufacturers to display a ‘Works with Apple ‌Find My’ badge on their product, be it a bike, puck tracker and more. Like other programs Apple has, such as HealthKit and HomeKit, to be part of the Find My network, manufacturers will need to be approved as part of the program – this is to protect users privacy at the utmost priority.

A few manufacturers have already announced support, with products coming soon. Accessories from Belkin, Chipolo and VanMoof have all been announced. VanMoof has some of their electric bikes with Find My technology built in, with the S3 and X3 bikes. Soundfrom earbuds from Belkin and the Chipolo item finder, which is very similar to the Tile trackers.

The advantage of having the earbuds for example on the Find My network, is that they can be locked to an Apple ID, and get a notification when it gets found.