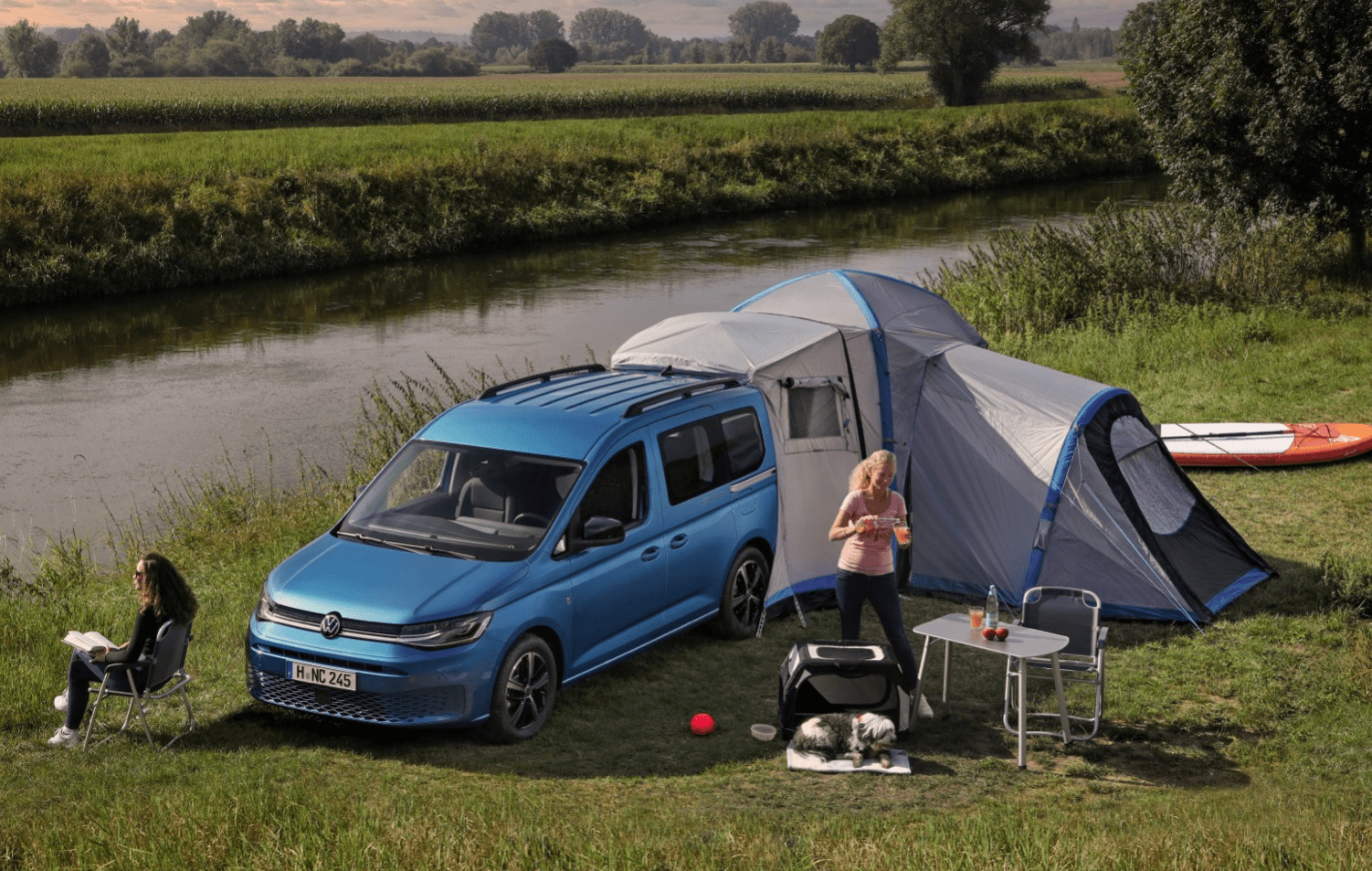 Volkswagen has recently announced the new Caddy California, mini camper van which takes most of the features and conveniences of the larger California models and shrinks them down into the space of the smallest van Volkswagen makes, the Caddy. On the outside, the Caddy California just looks like Caddy MPV people carrier, but it has a kitchen, fold out bed and it even comes in a Maxi size, for more space inside.

Volkswagen has long offered the Transporter van in a range of California camper van models, with the newest model being the 6.1 which has Volkswagens newest infotainment screen and steering wheel. More recently, the California comes in various trim levels, with or without kitchen space. Volkswagen also makes the Grand California, based on the largest van in the range, the Crafter. This model comes in at over £70,000 in the UK and has an indoor shower, toilet, kitchen, awning and space for four people – as well as a satellite dish, hot water and more.

The Caddy California lets you fold down the rear bench seats, making itself into a double bed with all the rear windows and sunroof available with blinds so you can sleep in privacy. Due to the limited space width wise in the Caddy, the kitchen is in the back, which pulls out with a gas hob, cutlery draw as well as various storage boxes for food and other kitchen items. Like the larger models in the range, the Caddy California has an included table and chairs stowed under the back seats for outdoor eating.

Volkswagen is also providing awnings and roof racks to make the most of the limited space the Caddy has. For sleeping more than two people, a little bit like a Pontiac Aztec – a new tent system which has been specifically designed for the Caddy, bringing the total supported people to four.

Considering the new Caddy is based on the eighth generation Golf, the interior is much more up to date than the outgoing model, with a very car esque look and that means the engine offerings a similar. The Caddy California can be had with a 1.5-litre petrol engine with a manual gearbox and 112bhp. Otherwise, a 2.0-litre DSG diesel engine is offered with 120bhp.