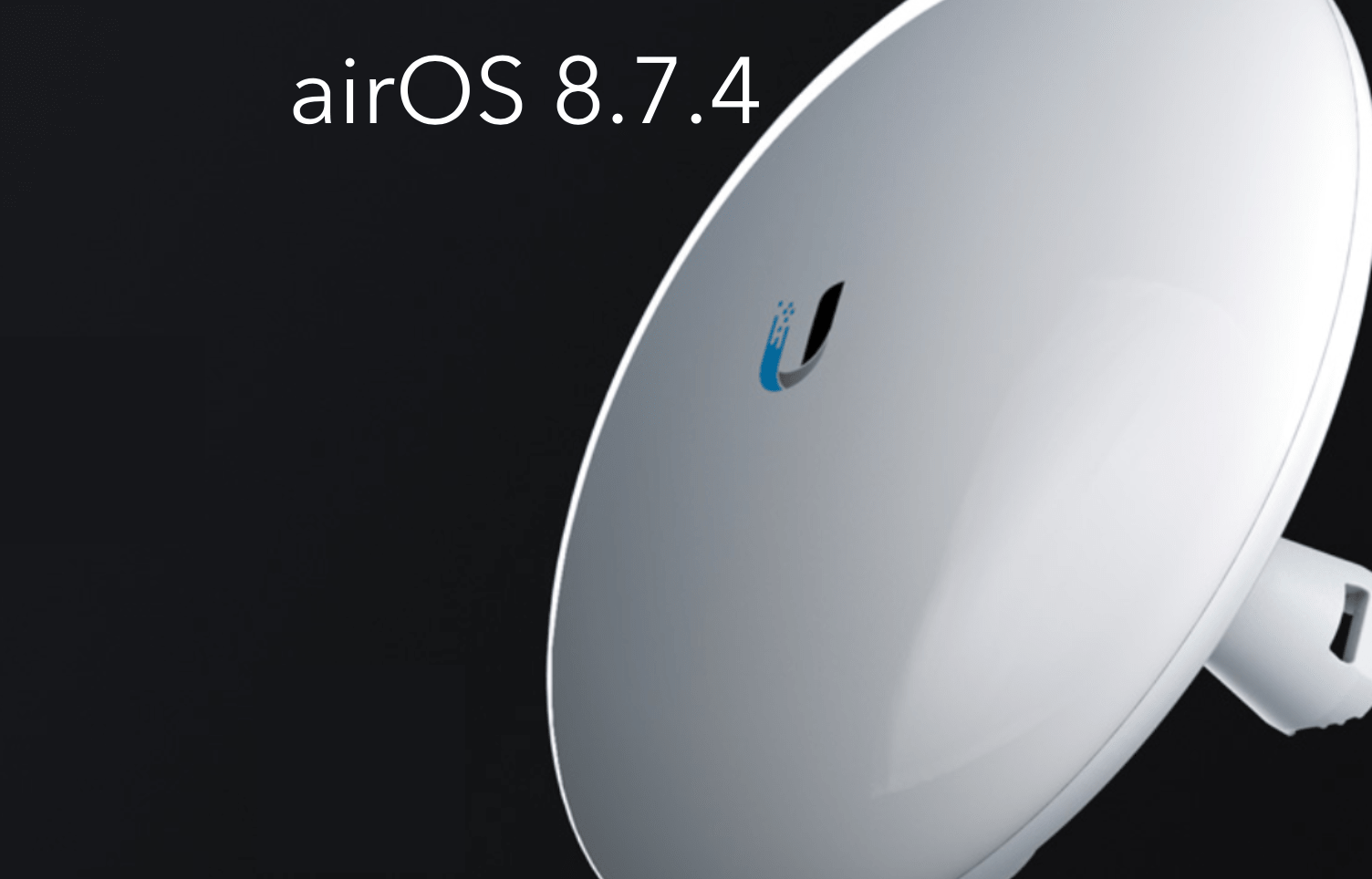 Earlier today, Ubiquiti launched a new update for the airMAX AC line of products, with airOS 8.7.4. This update is for the PowerBeam AC, NanoStation AC, NanoBeam AC, Bullet AC, Rocket AC and more.

This release comes out a full nine months after the last version, airOS 8.7.1 which was released in June 2020. Quite a few annoying bugs have been fixed, few name changes of services and extra bits of information has been added too. UNMS labels have been changed to UISP across the UI and a bug that causes a station to drop off and then not reconnect again until the AP has been rebooted has been rectified too.

A few areas of the UI have been cleaned up too, the notable of which are below with side by side screenshots of airOS 8.7.1 and 8.7.4 to compare. 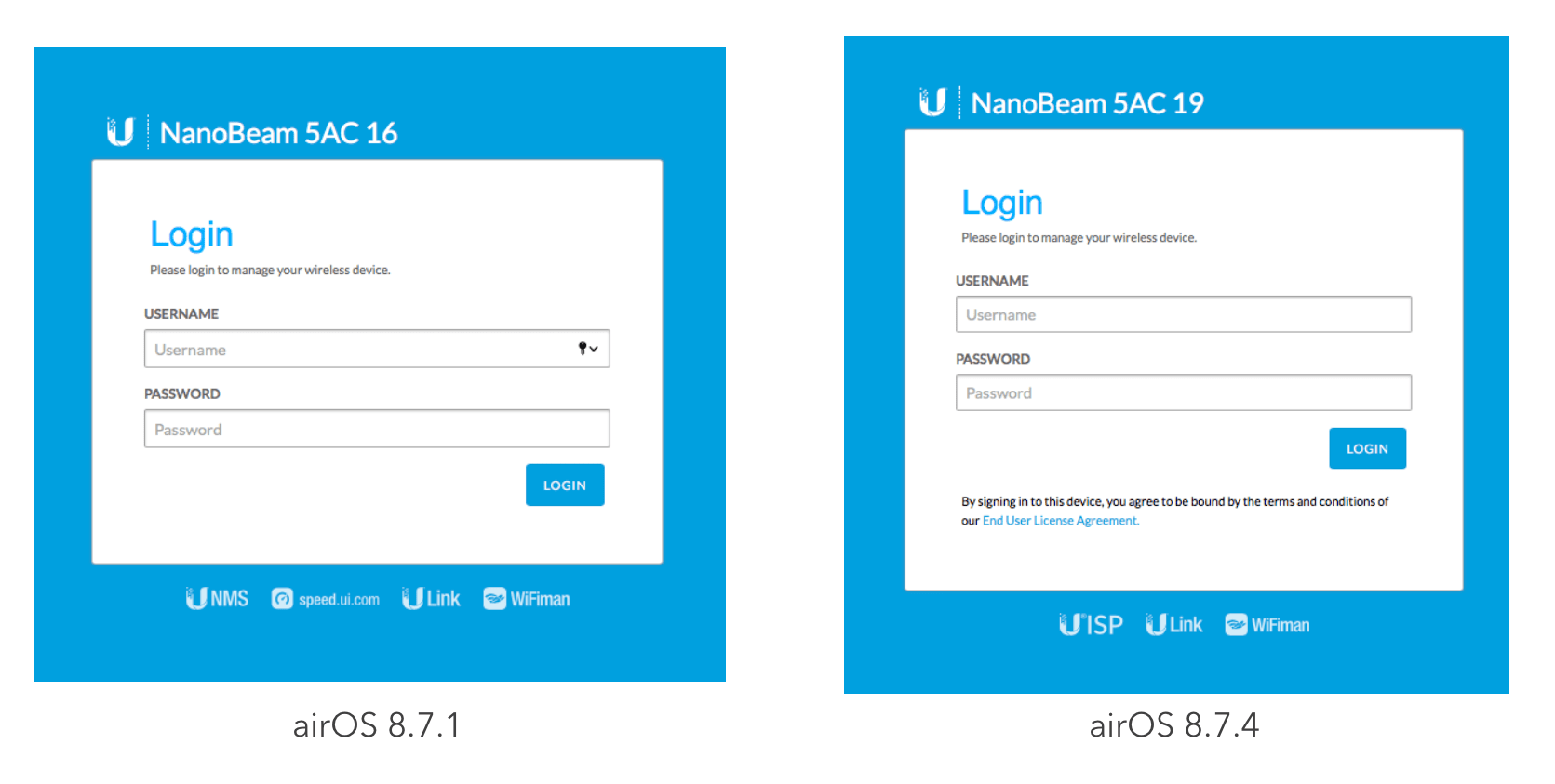 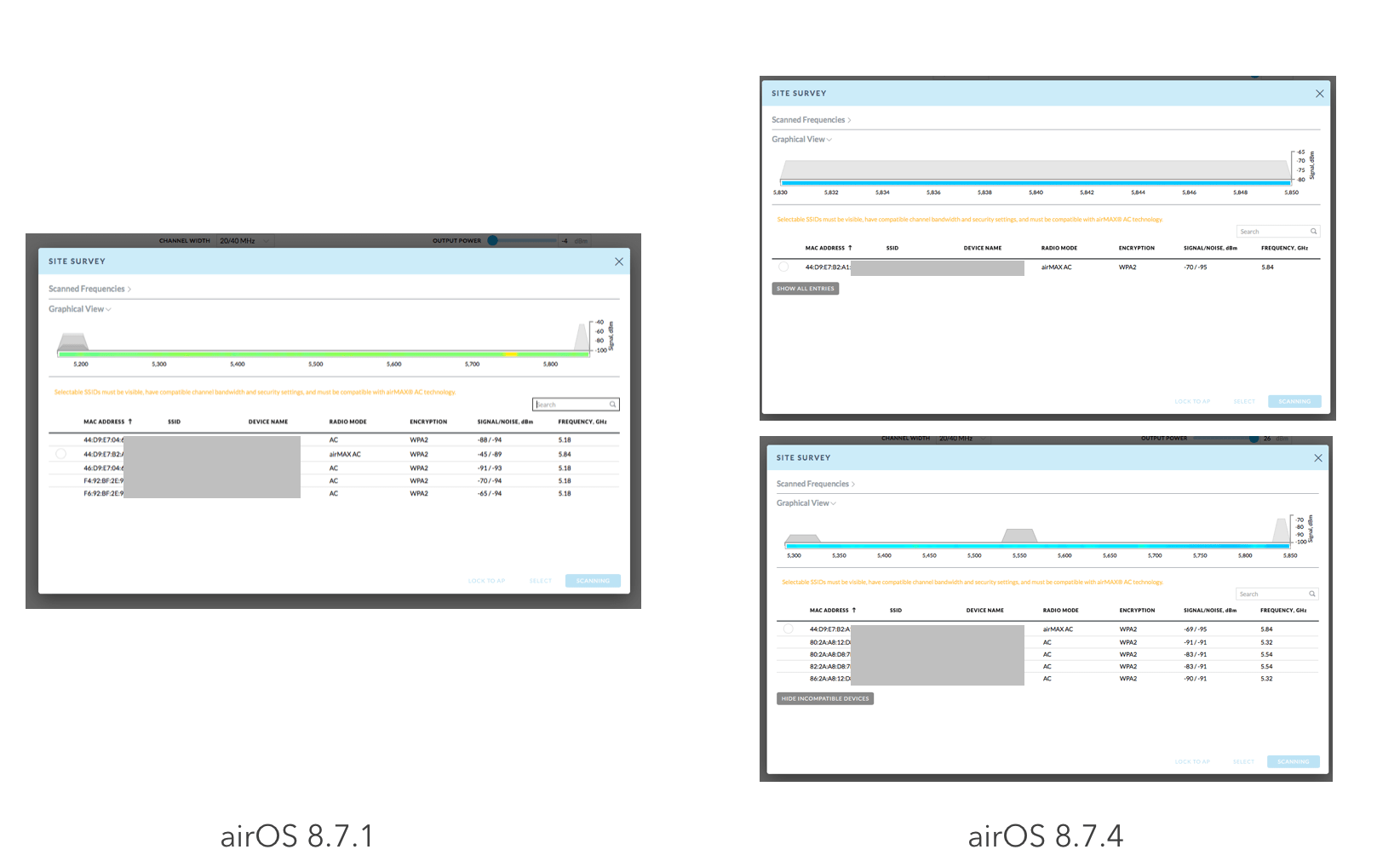 – Wireless: Management radio is always enabled during the initial setup.

– Web UI: NAT will be enabled by default when switching to router network mode.

– System: Sometime CPE is not allowed to reconnect until an AP reboot.

– System: After resetting to defaults US 2WA device is missing 2GHz channels.

– System: After removing “1000 Mbps-Half” or “1000 Mbps-Full” advertised link modes they are still reported, but non-functional.

– Web UI: AirView mouse over doesn’t work when AirMagic is in the background.

– Wireless: Expected signal does not change after frequency change.

RE: “Wireless: Corrected RX signal calculation and reporting.” a +/- difference in reported signal level may result following upgrade, which does not affect radio performance in any way.

– Decrease in signal level may appear due to automatic gain control (AGC) compensation due to RSSI calculation.

– Increase in signal level may appear due to improvements to noise floor calculation.

airOS 8.7.4 can be downloaded from the Ubiquiti Community post or via the airOS device under the System tab