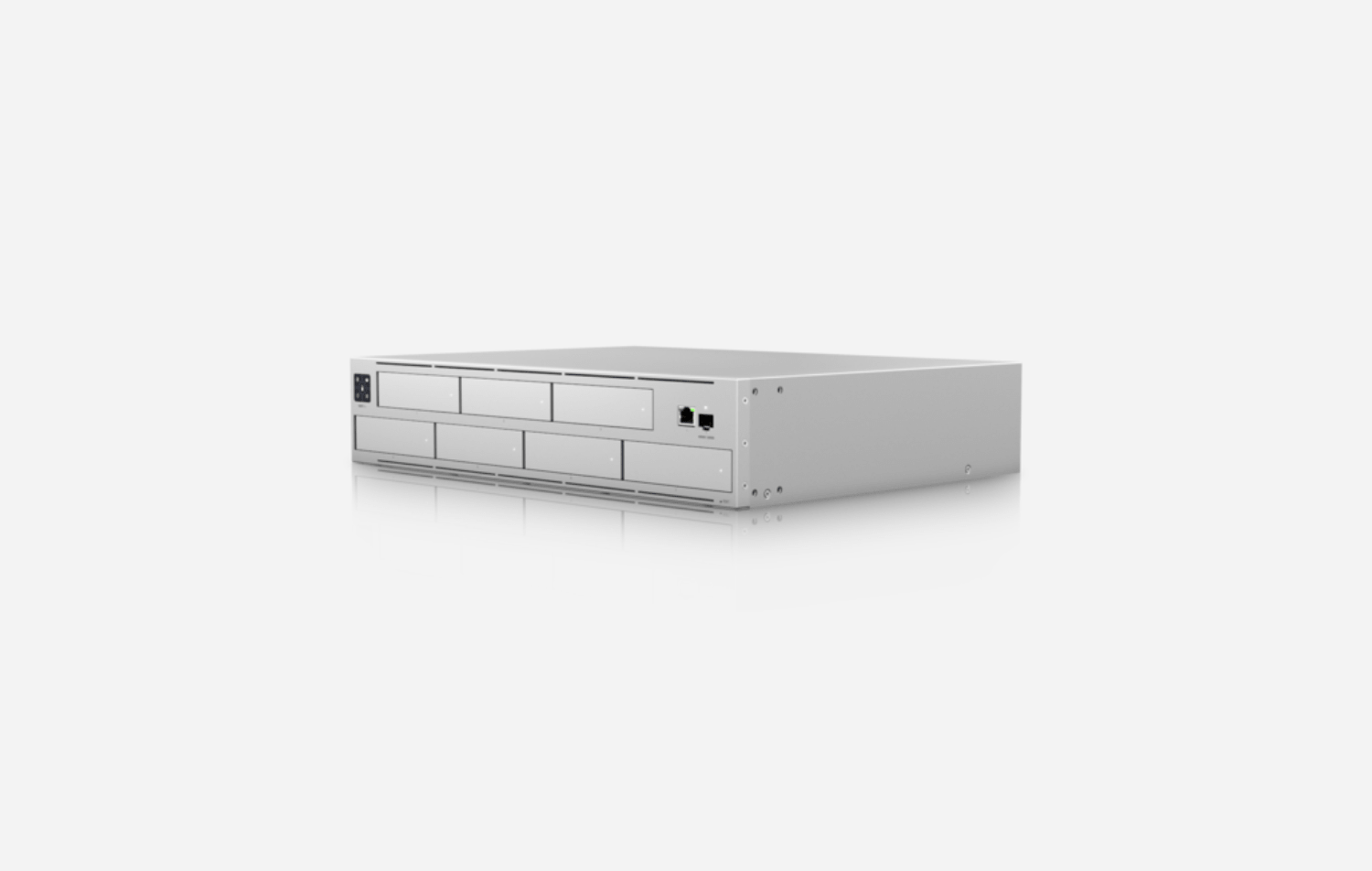 Today, Ubiquiti has listed the new UNVR Pro on its official store, store.ui.com for $499 with a note that it is “coming soon”. We previewed the UNVR-Pro back in March on A&T Tech, as Ubiquiti had revealed details on its website. The new UNVR Pro takes the standard UNVR that Ubiquiti has had on sale for the best part of a year now and makes it double the height and adds three more hard drive bays, with seven 3.5-inch or 2.5-inch hard drive bays and like the other Gen2 UniFi Switches and the UDM-Pro it has an 1.3″ Touchscreen.

Like the standard UNVR, the Pro version has a 10GB SFP+ port as well as a standard ethernet port. With the UNVR, Ubiquiti recommends the maximum support hard drive is 16TB, with a maximum storage in total of 64GB, assuming the UNVR-Pro also supports 16TB drives, it can support 112TB.

The UNVR Pro is listed on Ubiquiti’s store for $499 and is “coming soon”.