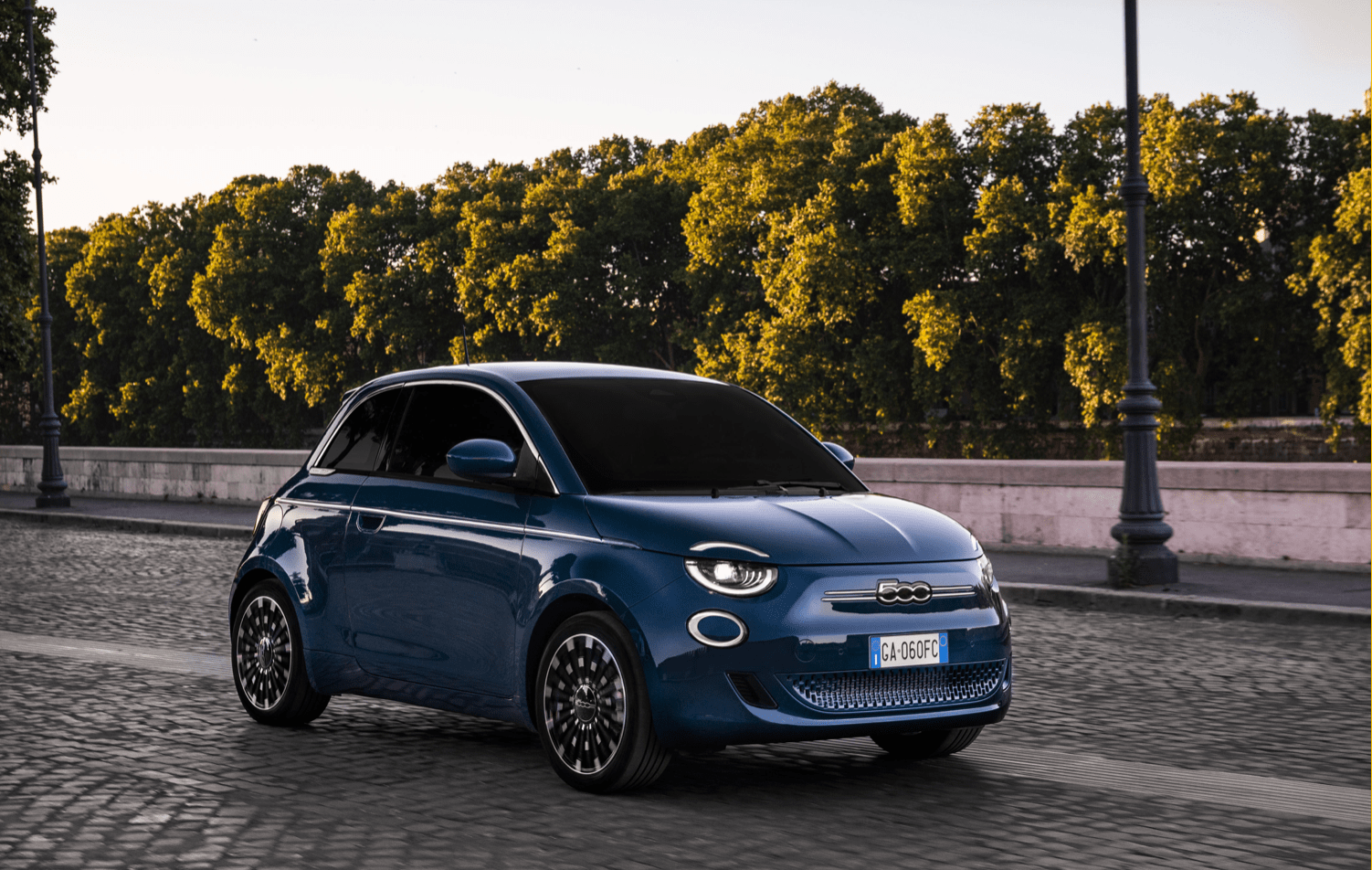 Fiat has announced today that by the year 2030, it will become an electric only car company, with a promise that by 2025 the line up will not have any combustion based cars in it. Fiat recently become a part of the Stellantis group earlier this year, joining the likes of Peugeot, Citroën and Vauxhall, all of which have a number of models with an electric focus.

Currently, Fiat only has the one electric only model, with the new Fiat 500 Electric which sits on its own custom platform, this is because the car was developed and announced before Fiat became a part of the new Stellantis group. The new car actually sits in the lineup alongside the existing 500 with a combustion engine.

Fiat made the decision to become an electric only company before being apart of Stellantis or even before COVID-19.

Between 2025 and 2030, our product line-up will gradually become electric only. This will be a radical change for Fiat. The decision to launch the new 500 – electric and electric alone – was actually taken before Covid-19. Even then, we were already aware that the world could not take any more compromises. We were reminded of the urgency of taking action, of doing something for the planet Earth.”

Despite this pledge, Fiat hasn’t said anything about any new upcoming models that will be fully electric, we do know that a new Fiat Panda is coming as a concept was unveiled in 2019 and Fiat may use its custom EV platform it created for the new 500 Electric or it might delve into its parent company’s toolbox and build on the Peugeot e208 and Vauxhall Corsa-e base.