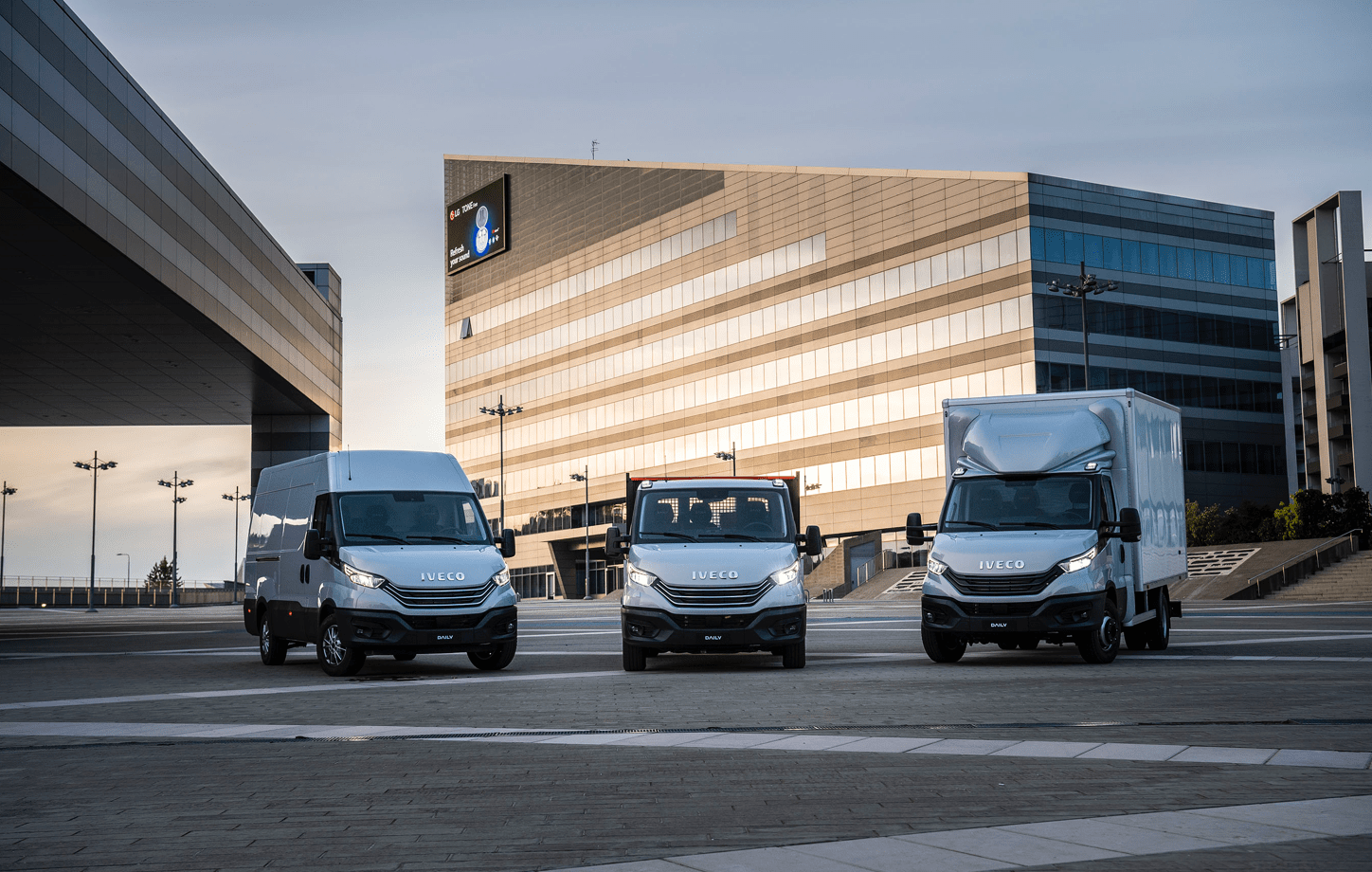 Iveco has recently refreshed its smallest commercial vehicle, the Daily. The Iveco Daily is the company’s competitor to the Ford Transit with a large multitude of available body styles and versions. Iveco has refreshed its latest version with new connectivity options, a new optional suspension system as well as some new drivetrain options.

Iveco has added some new engine options, all of its diesel engines are now Euro 6-compliant and are more efficient too. There are two diesels available, in 2.3-litre and 3.0-litre sizes. For the first time too, both engines can be had with a six speed manual as well as the Hi-Matic automatic gearbox.

For the first time too, the Iveco Daily can be had with a petrol engine that has been converted to run on compressed natural gas. However, while the other big players in the commercial vehicle space are offering all electric options, Iveco has yet to do so with the Daily.

With the new Daily, Iveco has partnered with Amazon to being Amazon Alexa voice control to the drivers, the Iveco Driver Pal system has been developed with Amazon and will allow drivers to check weather and share relevant information about potential delays on the roads with other drivers.

As mentioned, the new Daily now has the option of air suspension, when available it will be able to be specced on the chassis cab.

The new updated Iveco Daily will go on sale later this year.