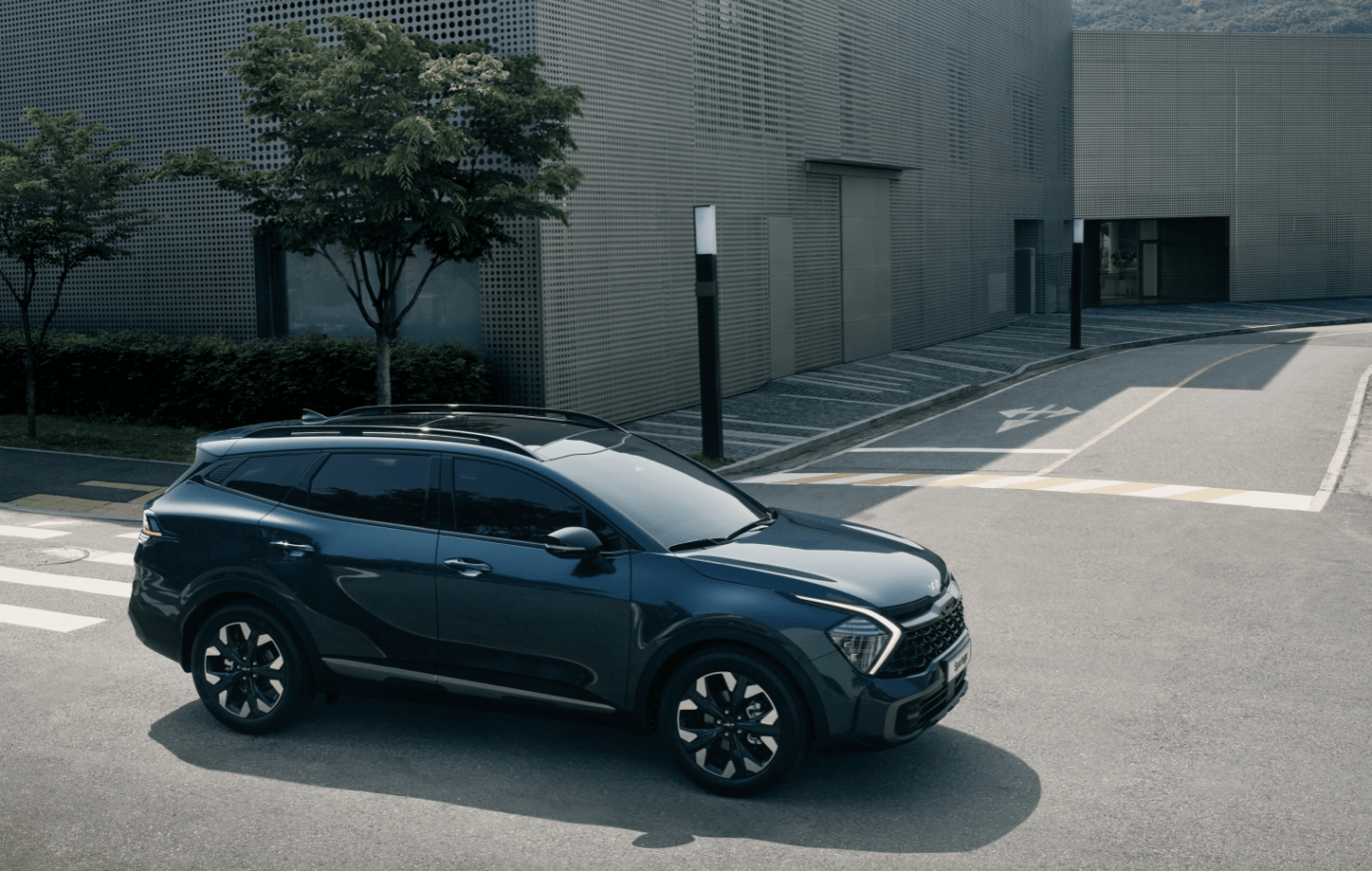 Kia has revealed the all new Sportage, which will go on sale in the UK later this year. The new redesigned SUV has a fresh new look with some styling cues taken from the new EV6.

On the outside, the new Sportage shares some of its look with the EV6, such as the C shaped daytime running lights, full width light bar at the back as well as the triangle shaped D pillars. Kia will also be offering tone paint, for the first time on the Sportage. A sportier X-Line trim will offer a new front bumper design as well as black or green seating.

On the inside, Kia has completely revamped the infotainment system, with a large curved screen and two 10.25-inch displays, like the new Hyundai Tucson SUV.

In terms of engines, Kia will be electrifying the Sportage range with a 48-volt mild-hybrid system. Kia will be using the same combustion engines as the closely related Hyundai Tucson with a 1.6-litre petrol engine and the choice of front or four wheel drive. That engine will be mated to a 59bhp electric motor to provide a total of 227bhp, like most hybrids the Sportage will be able to be driven on batteries only, petrol only or in hybrid mode.

The new Kia Sportage will go on sale in Europe and the UK later this year, with prices to be confirmed.