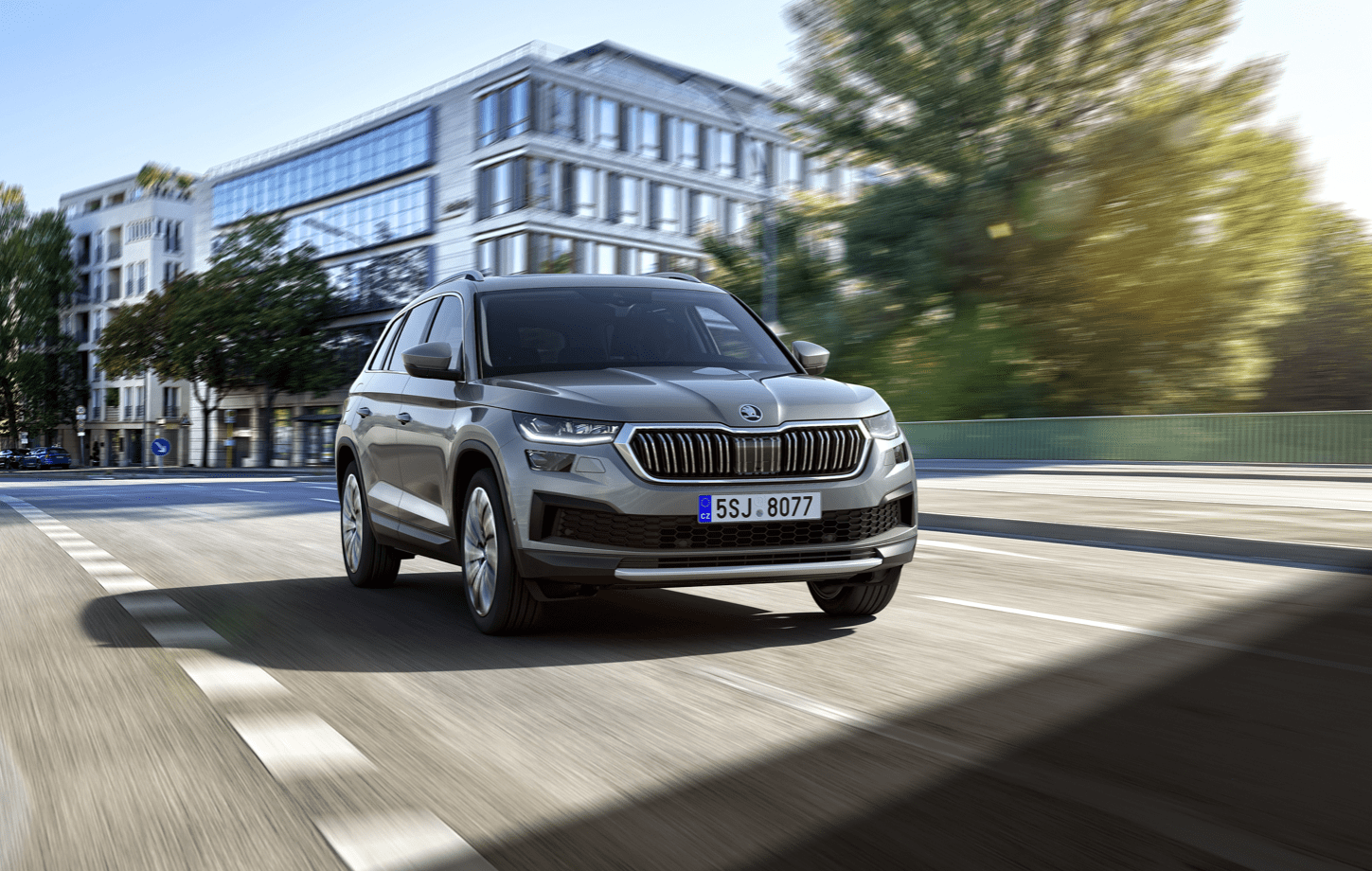 Skoda has recently announced the Kodiaq which has received a redesign in certain areas as well as some new technology and the return of the vRS performance model, this time with petrol powering it rather than diesel. The new Kodiaq, like its smaller Kamiq and Karoq siblings are all based on the MQB platform from the VW Group and this is shared between Seat, VW and Skoda.

The new Kodiaq comes in five trim levels with pricing ranging from £27,650, all the way up to £41,720 for the L&K model. Pricing for the top of the line vRS model is yet to be revealed. The new redesign features new slimmer headlights, which now feature LED Matrix and a new bumper design front and rear. Skoda has also added the new option of a 10.25-inch Virtual Cockpit digital display on all Kodiaq models as well as new LED ambient lighting.

On the entry level SE model, you get LED headlights, a black rear spoiler and grey interior stitching.

The L&K model adds the 10.25-inch Virtual Cockpit system on top of everything in the SE L trim.

Skoda does have a powerful 2.0-litre engine, the last version of the Kodiaq vRS used a 237bhp twin-turbo diesel engine and it exceeded the emissions targets level. Power level for the vRS is yet to be announced.

The new Kodiaq is due to go on sale in the UK next month, with prices starting at £27,650.