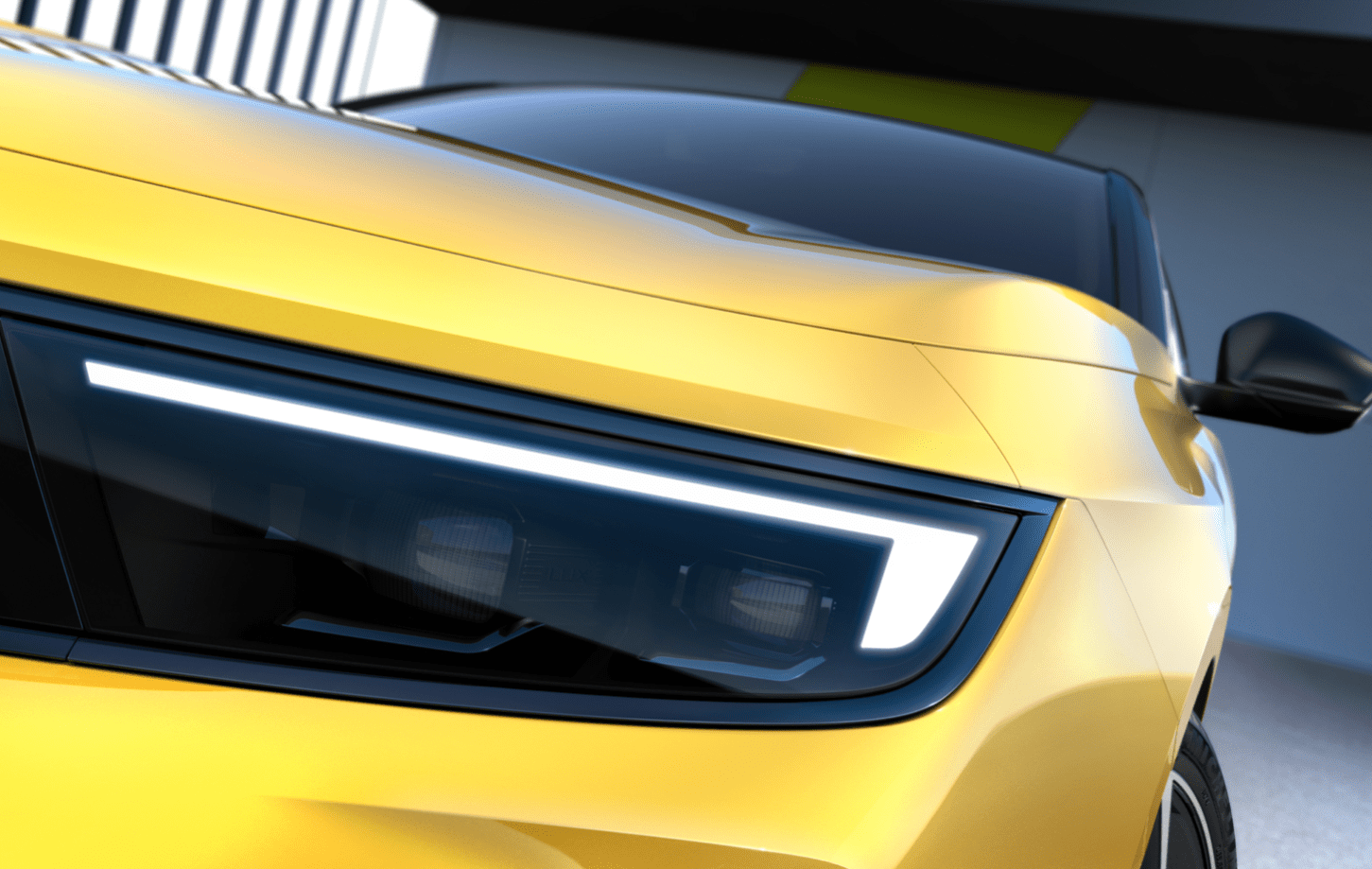 Vauxhall has released some preview images this week of what the new, upcoming Astra is destined to look like. The new hatchback, which is similar in size to the Ford Focus and Peugeot 308 is due to be fully revealed in the UK later this year. This will be the eighth-generation of the car and this is the first time it’ll based on the Stellantis platform, of which Vauxhall came apart of via PSA a few years ago.

The EMP2 platform from Stellantis is also what the Peugeot 308 is based on, bringing some cost saving and simplicity to the lineup. Like before, the new Astra will be also available ‘Sports Tourer’ (estate) as well as a hatchback. Judging from the photos supplied by Vauxhall, the new Astra is using the same design language as some of the company’s latest cars, with the front ‘Vizor’ look which is now on the Corsa, Crossland and Mokka. On the rear, the model name spelled out in large letters is on the boot lid.

In terms of engines, Vauxhall will be using the electrification advancements from the shared Stellantis platform to bring some hybrid offerings to the Astra, however there is not an all electric model planned, like the e-Corsa.

Opel is going to be launching an identical car for the European market, which will be revealed at the same time, later this year.