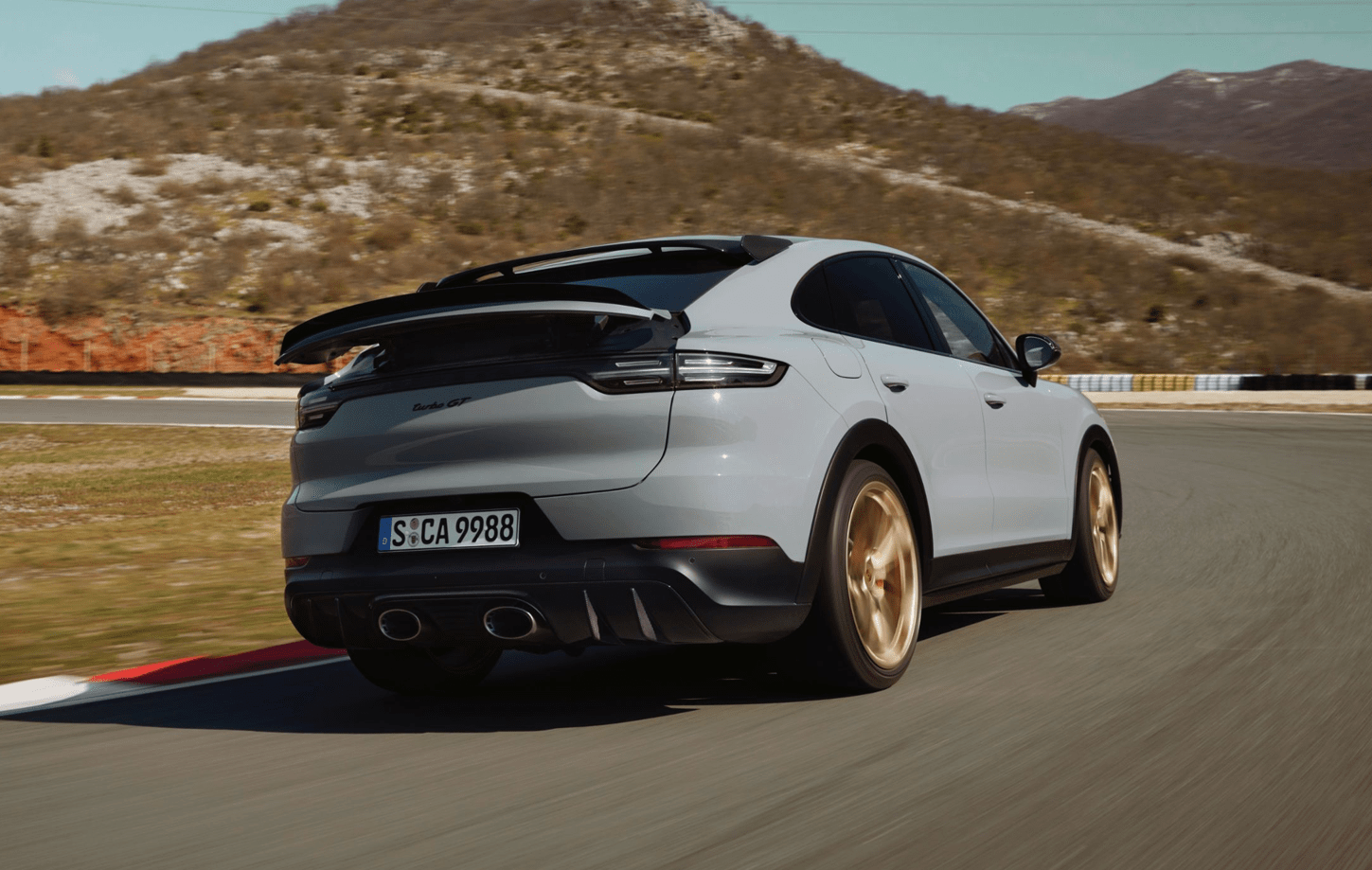 This week, Porsche launched the new ultra powerful Cayenne Turbo GT SUV, with 631bhp. It will be available here in the UK later this year in September starting at £143,910 and it can be ordered now.

The new version is based on the Cayenne Coupé Turbo and the GT model adds new spoilers, exhausts, diffusers and new tires designed for this car. The Turbo GT is also now the fastest product SUV around the Nürburgring, with a time of 7mins and 38.9 seconds – which is three seconds faster than the previous record holder, the Audi RS Q8. The Cayenne is now capable of 0-60mph in 3.3 seconds, 0.3 seconds faster than the Lamboghini Urus.

The new Cayenne Turbo GT features a new lip spoiler as well as larger cooling intakes, larger rear spoiler which can now give the car 40kg more of downforce, when doing its limited top speed of 186mph. As mentioned, the Cayenne now has a new exhaust system and visible at the back are the two large tailpipes.

On the inside, Porsche has added a new sports steering wheel as well as the option of having gold of grey sticking and seatbelts to match the optional gold wheels.

Porsche is taking orders now for the Cayenne Turbo GT, with pricing starting at £143,910.