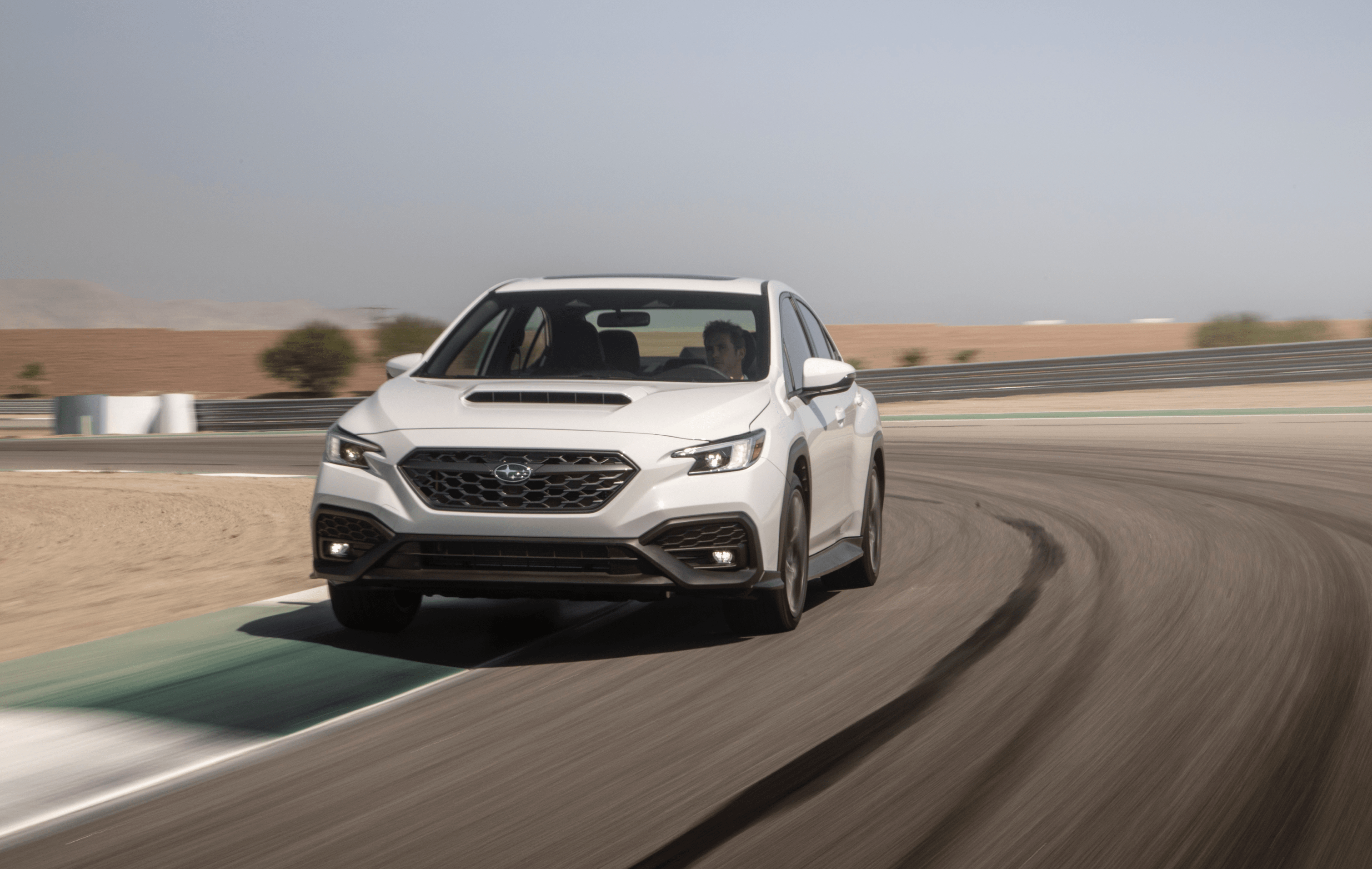 Subaru USA has a new, updated WRX coming soon with a brand new platform, new interior as well as the same boxer engine and manual gearbox as before, to remain its rally heritage. The WRX is based on the Impreza and hasn’t been sold here in the UK for around three years. Subaru has no plans to bring the new model to the UK, with the head of the UK division saying the rally aspect of the WRX has nothing to do with Subaru today.

The new WRX has a new engine, a 2.4-litre turbocharged four cylinder boxer, just like every single WRX Subaru since the 90s. In this configuration it produced 271bhp and 258lb ft torque with four wheel drive. Subaru is offering a six speed manaul or a Subaru Performance Transmission (SPT), which is automatic and has faster gear changes.

As mentioned above, the new WRX sits on a brand new platform, the same one that is in use on the Outback and Forrester. Elsewhere, the WRX has new front suspension, sharper steering and new vented brake discs. Inside the WRX the interior has become more premium, now with a sports steering wheel with a flat bottom and red stitching. A large 11.6-inch infotainment screen is also included with Apple CarPlay and Android Auto.

Subaru hasn’t confirmed pricing for the WRX in the US yet or an official release date.