Alongside HomePod OS 16.3 yesterday, Apple also released a minor update for the Apple TV HD and Apple TV 4K (both generations) and this comes around six weeks after the last update, tvOS 16.2 which contained Apple Music Sing. For this release, Apple hasn’t provided much information, just the following line which we found on the tvOS support document. “This update includes general performance and stability improvements.” Apple Most Apple […] Apple yesterday released tvOS 16.1 for the Apple TV HD and all generations of the Apple TV 4K. The update is pretty minor but does bring the platform up to speed with the rest of Apple’s lineup. The update makes Siri easier to use and can find sports scores and more and the Photos app now supports the new Shared Photo Library. To update your Apple TV, launch Settings > System […] 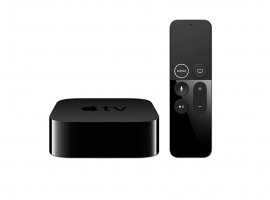 Today, Apple has released the first public beta of tvOS 15. The new operating system was announced earlier this month at WWDC and have been tested by developers for the past few weeks and will come later this year to the general public, supporting Apple TV HD (4th generation) and later. tvOS 15 adds a couple of new features, we covered most of them in our article earlier this month, […]