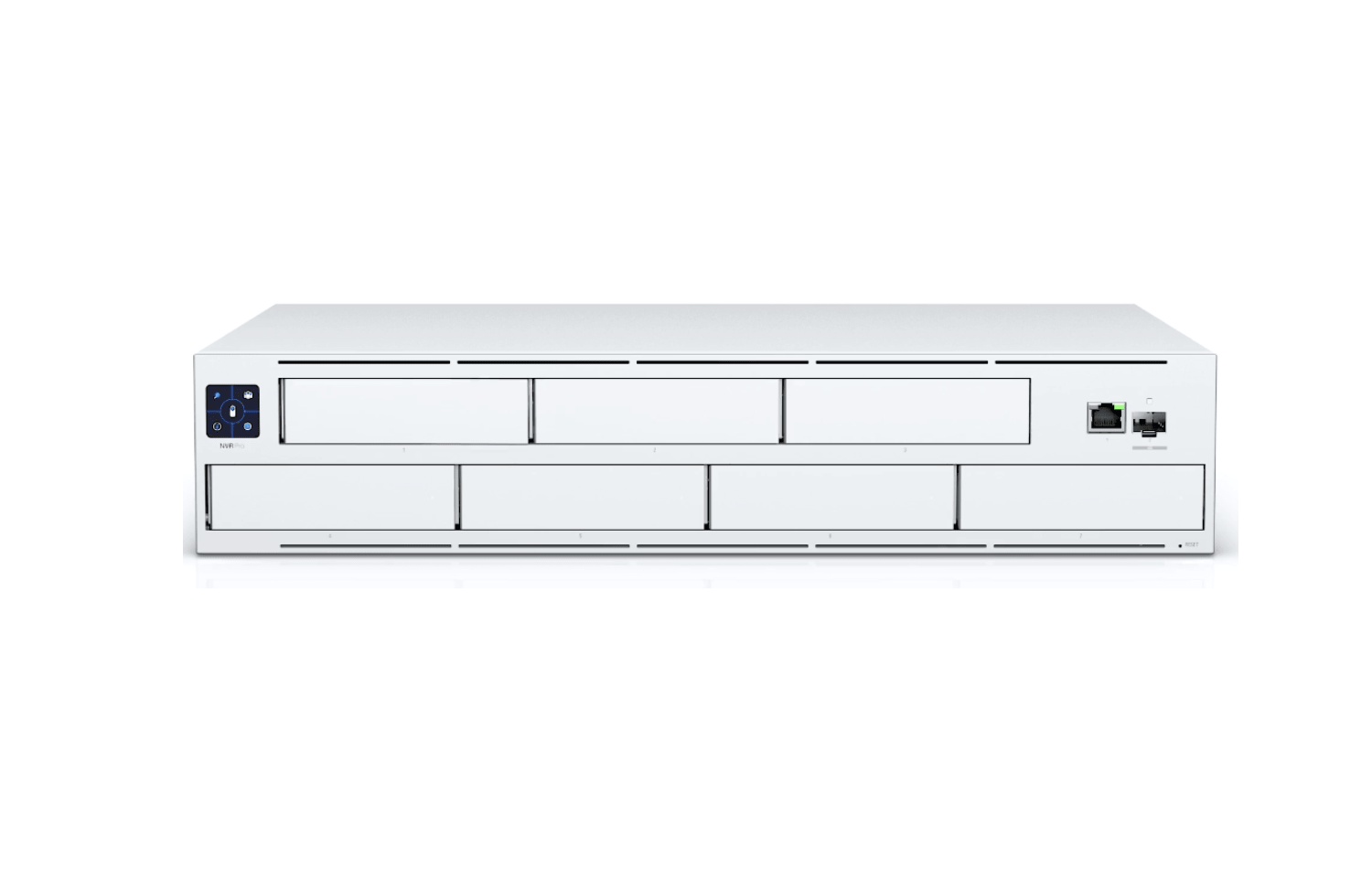 When Ubiquiti launched UniFi Protect with the UniFi Cloud Key Gen2+ as the only offering for video storage, some users were concerned that they weren’t catering to the more larger installs, where with the previous UniFi Video platform offered self installation on larger servers. UniFi Protect doesn’t allow self installation at this stage and over the past year, Ubiquiti has been adding some good options with the UDM-Pro and UNVR. The UNVR launched in June 2020 and has four 3.5-inch or 2.5-inch hard drive bays but some users want more, so enter the upcoming UniFi Network Video Recorder Pro.

The UNVR-Pro is coming soon and it has seven 3.5-inch or 2.5-inch hard drive bays and like the other Gen2 UniFi Switches and the UDM-Pro it has an 1.3″ Touchscreen, which in this case allows for event video playback. Ubiquiti says:

Like the standard UNVR, the Pro version has a 10GB SFP+ port as well as a standard ethernet port. With the UNVR, Ubiquiti recommends the maximum support hard drive is 16TB, with a maximum storage in total of 64GB, assuming the UNVR-Pro also supports 16TB drives, it can support 112TB.

Once we know more about the UNVR-Pro, we’ll be sure to release more news here on A&T Tech.