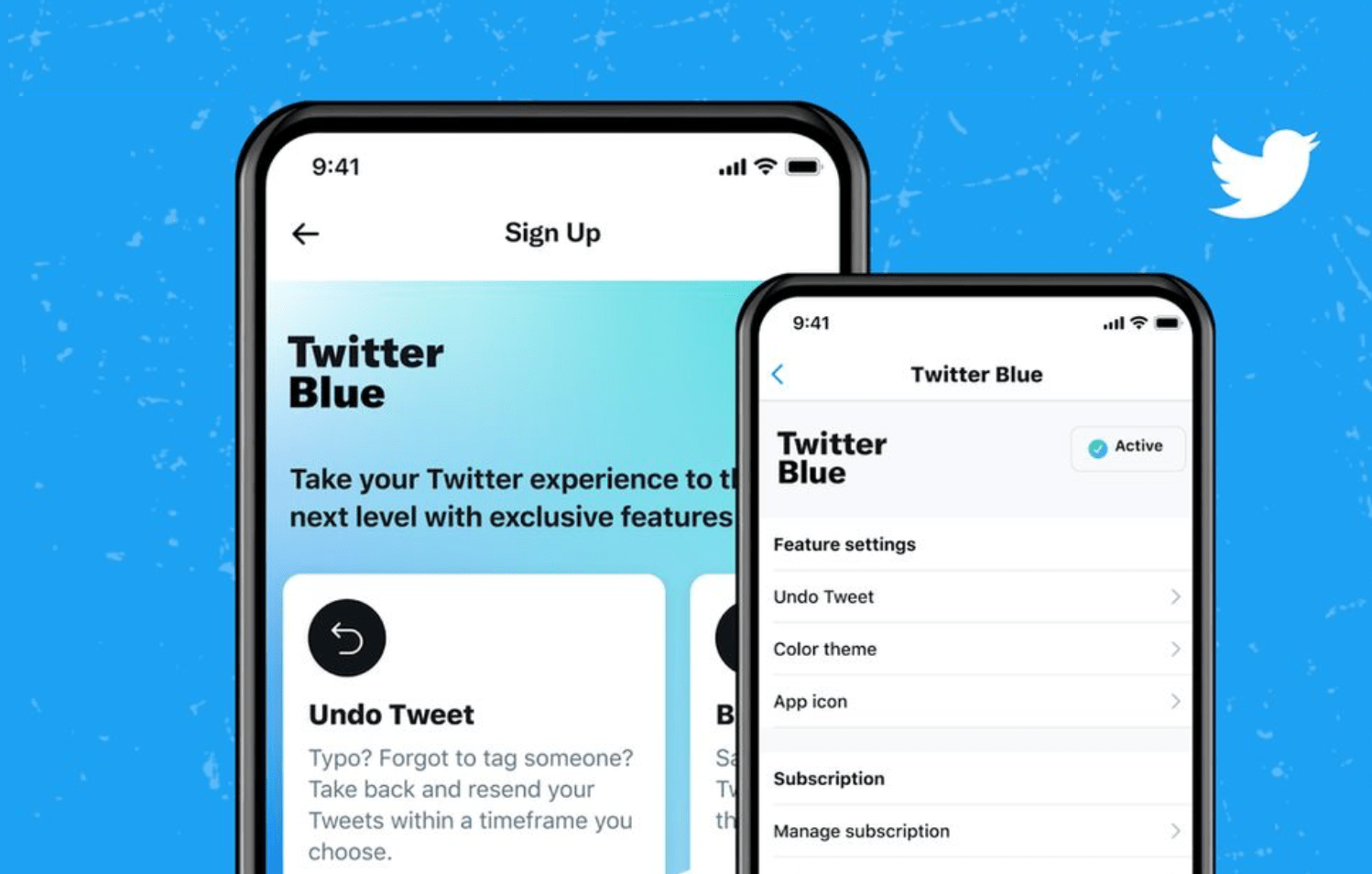 This week, Twitter has announced its new subscription service which adds more features to the social network such as undoing a Tweet and some visual customisation of the app logo and app theme as well as priority access to Twitter Support.

Twitter Blue will cost $2.99 per month in the US and launched this week in Canada and Australia for $3.49 CAD and $4.49 AUD respectively. Twitter has said the feature will come to users in the US later this year. No mention of availability in the UK and Europe has been mentioned.

Twitter Blue adds a new feature called Undo Send, allowing a delay of 30 seconds before the tweet sends for the user to check over what they have written, while the timeout is counting down the tweet itself can be cancelled.