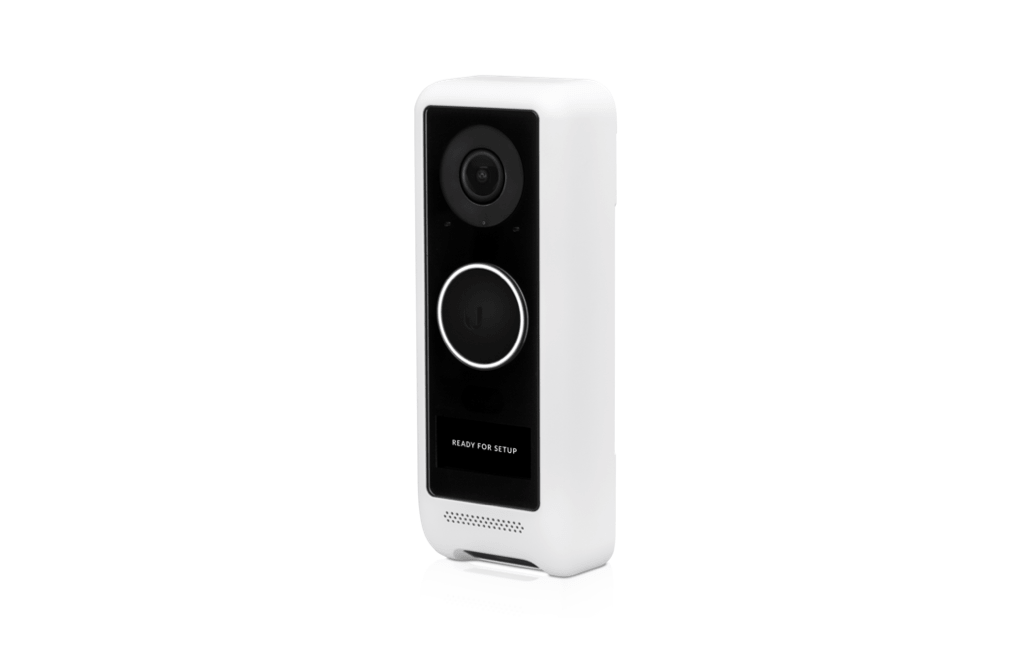 Today for the UK and Europe, Ubiquiti has launched its much anticipated UniFi Protect doorbell following on from the original launch in North America back in July 2020. This is the first doorbell from Ubiquiti and within Protect it operates like any other camera, with motion zones, events, RTSP streaming, alerts and more. It has a 5MP sensor with a resolution of 1600 x 1200, 2MP HD at 30 FPS for streaming.

Sadly PoE connectivity is not offered, only connecting over 802.11ac dual band WiFi with power coming from existing doorbell wiring. Hopefully in the future Ubiquiti will offer a “Pro” model with PoE support, which wil naturally raise the price. As the doorbell is within the G4 line, it now supports ‘Smart Detection’ for recognising people and vehicles, of which separate alerts can be set up for.

However where the similarities end is how the devices are set up, all the other wired PoE models can be given online access without the need for the UniFi Protect service to be running. This also means a standalone mode is supported with the ability to output the RTSP stream to a third party NVR. However due to being WiFi based, like the new G3 Instant the iOS or Android app is required, which in turn needs the UniFi Protect service to be running.

For those unfamiliar with UniFi Protect, it doesn’t use the Cloud for storage or communication. This makes it the choice for privacy concerned users. Instead an on premise appliance, be it the UDM-Pro, Cloud Key Gen2+ or the new UNVR has to be used and your videos live on your device. For external access, no port forwarding is needed. Ubiquiti’s cloud handles the initiation handshake and your data goes directly from your device at home to your phone, iPad or computer when viewing it remotely.

The other benefit is the bandwidth savings, quite a lot of people don’t have much upstream bandwidth, sometimes 1-5mbps on ADSL. As the videos are stored locally, your upload capacity isn’t affected.