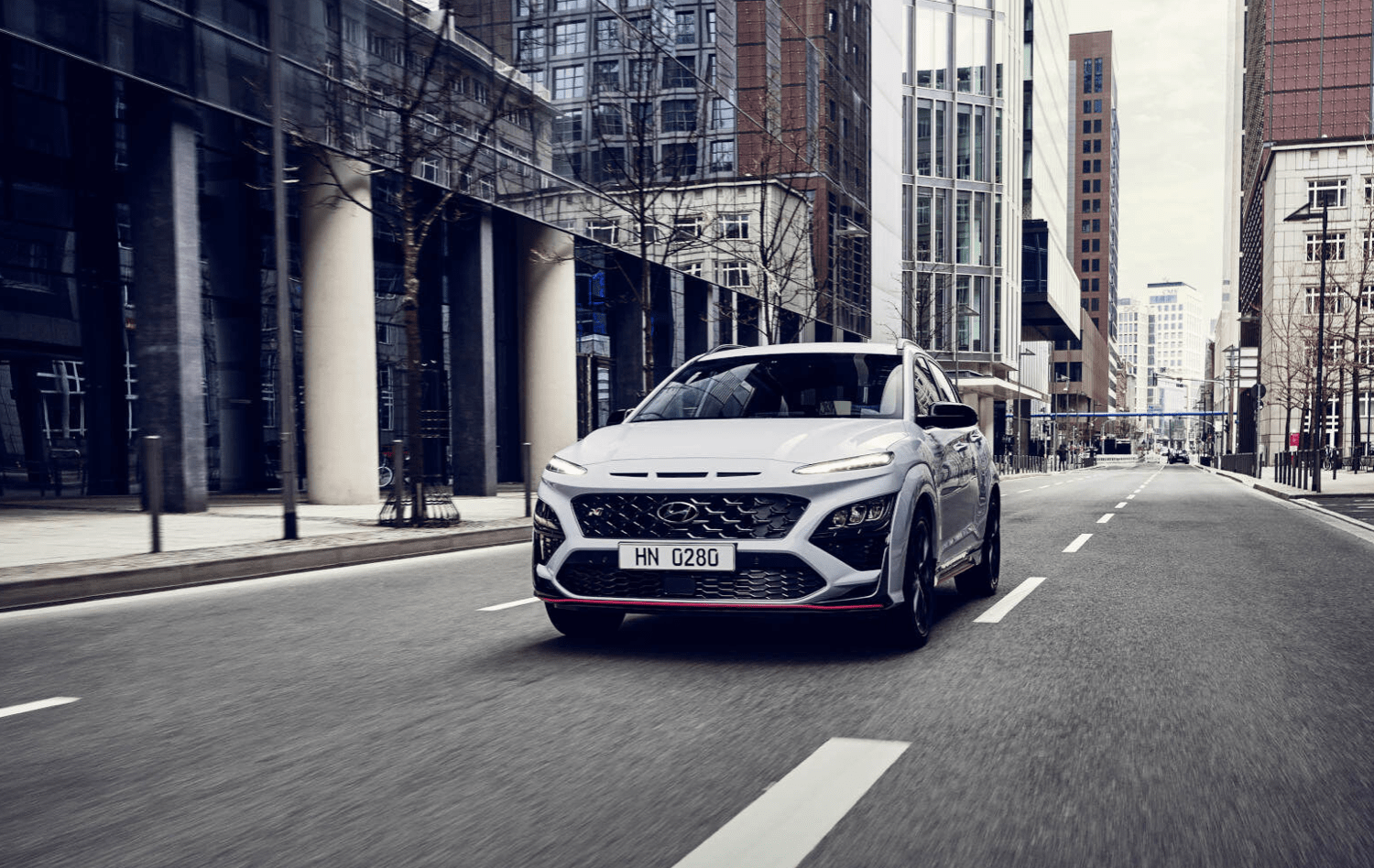 Hyundai is ever expanding its performance line of cars, with the first car – the i30N being launched back in back 2017 which was a major hit as it signalled a major development for the Korean car company. Armed with Albert Biermann, who heads top R&D for the N devision at Hyundai the company has been on a roll.

Now the latest car to get the N treatment is the Kona, marking the fifth model in the performance line and now the Kona is really covering all basis, with all electric only, hybrid and combustion only models in the Kona range and now the N performance model, which has a very similar set up to the i30N with a 2.0-litre petrol engine with 276bhp and 289lb ft torque, and is, like the i30N front wheel drive only and comes with a eight-speed dual-clutch automatic gearbox.

0-60mph is handled in 5.5 seconds, so long as you use launch control and it can hit 149mph at the top end. Considering the small SUV comes in at 1510kg, the performance is good. Inside the Kona N, Hyundai has modified the infotainment with some new N modes on the 10-inch touchscreen with a lap time mode, race track maps and more. 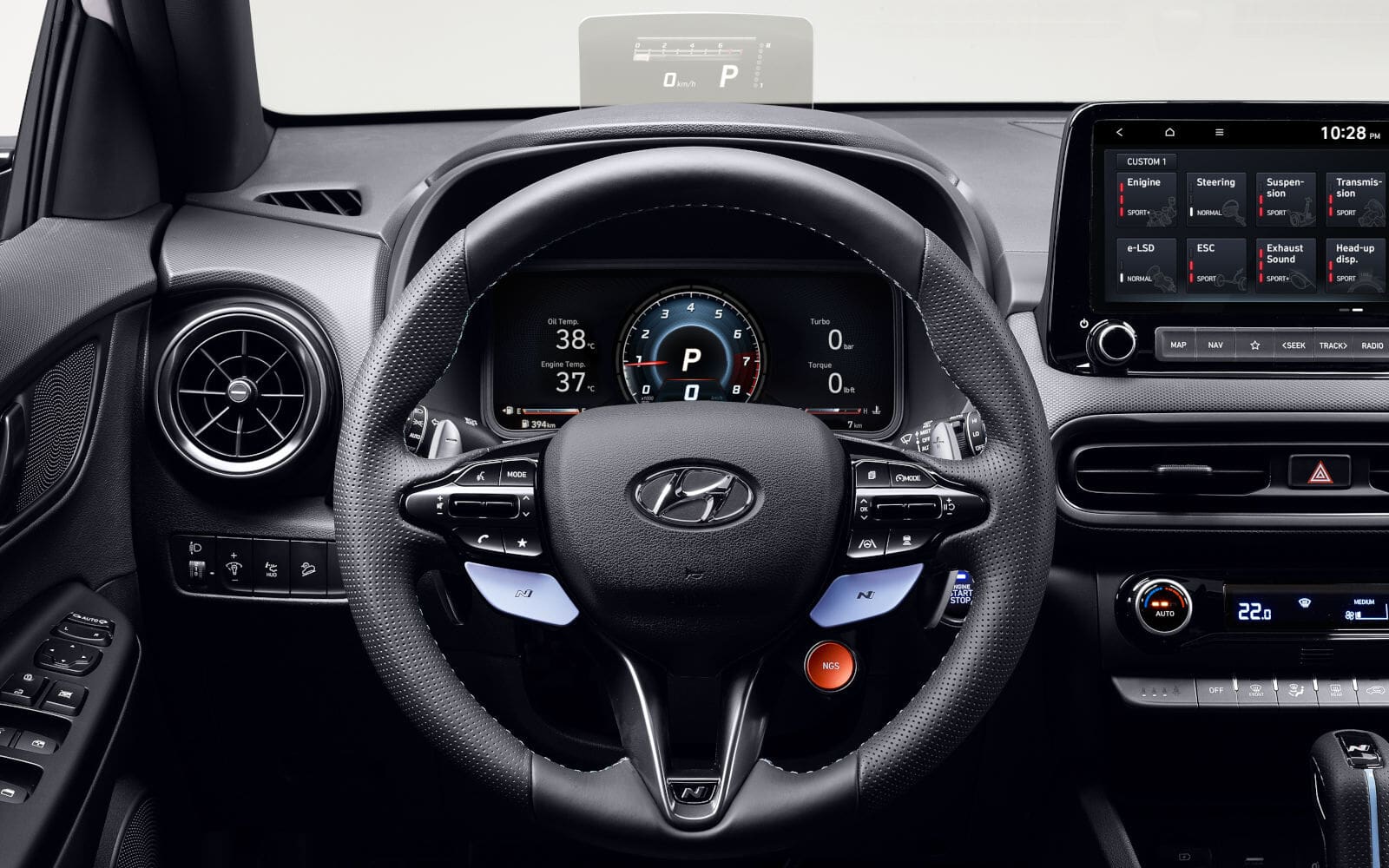 UK specs, launch date and pricing are yet to be announced for the Kona N.