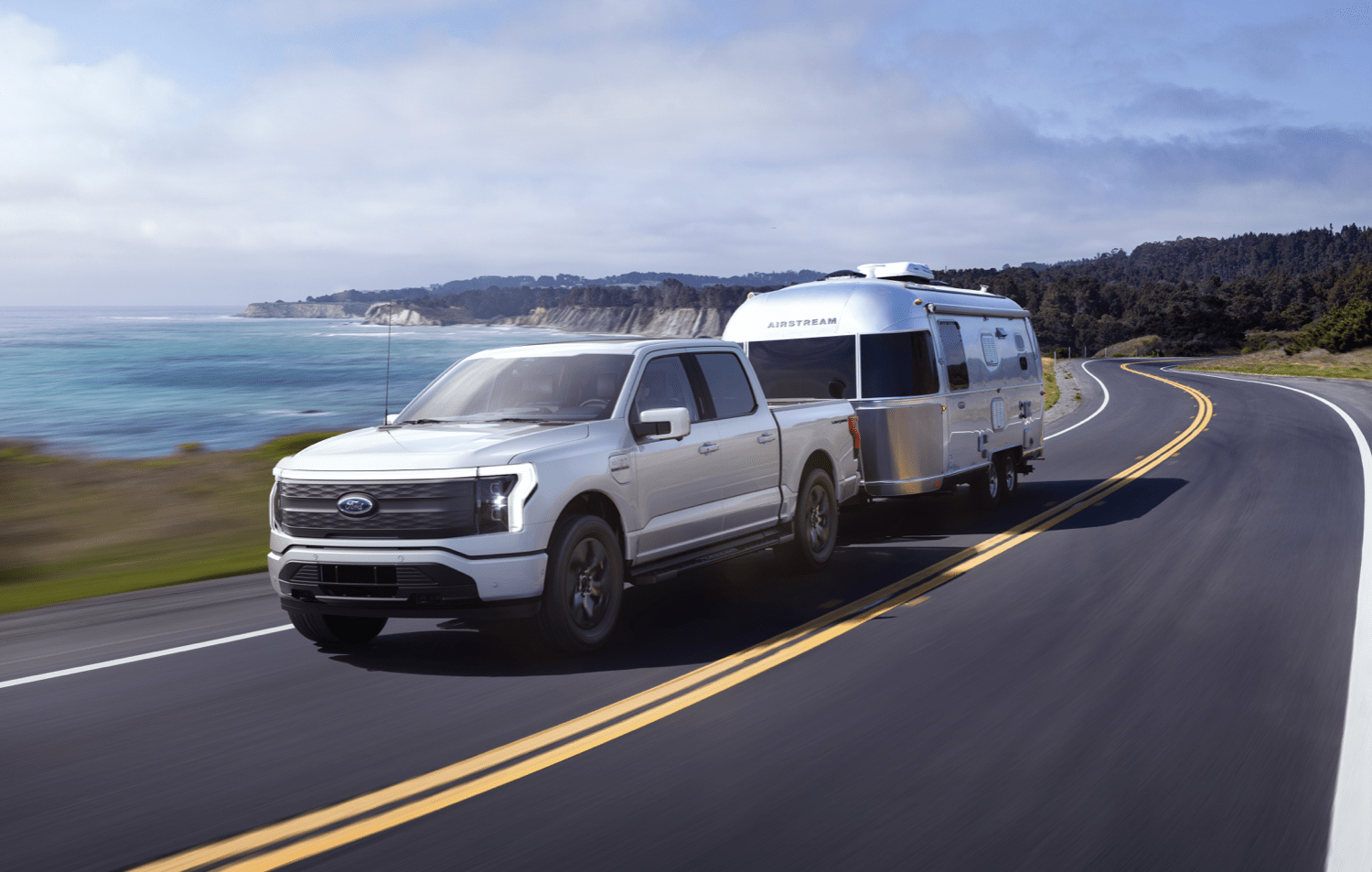 This week, Ford revealed the anticipated all electric version of the F-150 pickup truck with the new F-150 Lightning. When it goes ons ale next year, it will take on the yet to be released Cybertruck from Tesla.

Ford revealed the name for its all electric F-150 last week, taking the name Lightning from an old performance F-150 from the 90s. However, in this incarnation its in reference to the trucks powertrain, which is a dual motor set up with 563bhp and 775lb ft driving all four wheels. Ford hasn’t revealed the weight of the F-150 Lightning yet, but expect it to be pretty heavy and despite this, Ford has managed to get between 230 and 300 miles of range out of it and it still manages to do 0-60mph in around 4 seconds.

For charging, Ford will supply each truck with a home charging station as standard and it can support 150kW DC fast-charging, allowing for 15%-80% in 41 minutes. Ford is also making sure that the F-150 Lightning can power up a lot of things, with power outlets in the huge frunk, truck bed and the cabin.

The frunk is huge, at 400 litres is bigger than most boots in cars and can house up to 400 pounds of payload, which Ford says “is enough to stow two carry-on bags and one checked bag, or two sets of golf clubs.” Like the Ford Puma SUV, the space can br drained with a plug, so it can be used to store food and drink. More outlets are up front, which Ford says could be used to power up various appliances, such as “power tools, TVs, laptops, speakers, crockpots and more” from the two USB ports and four electrical sockets.

Ford has also built int the capability for the F-150 to power up a home, during a power outage and it could power an average home for up to 10 days at a time.

Inside the F-150 Lightning is Sync 4A, similar to what is offered in the Mustang Mach-E with a 15.5-in touchscreen, with support for Apple CarPlay, Android Auto and Amazon Alexa.