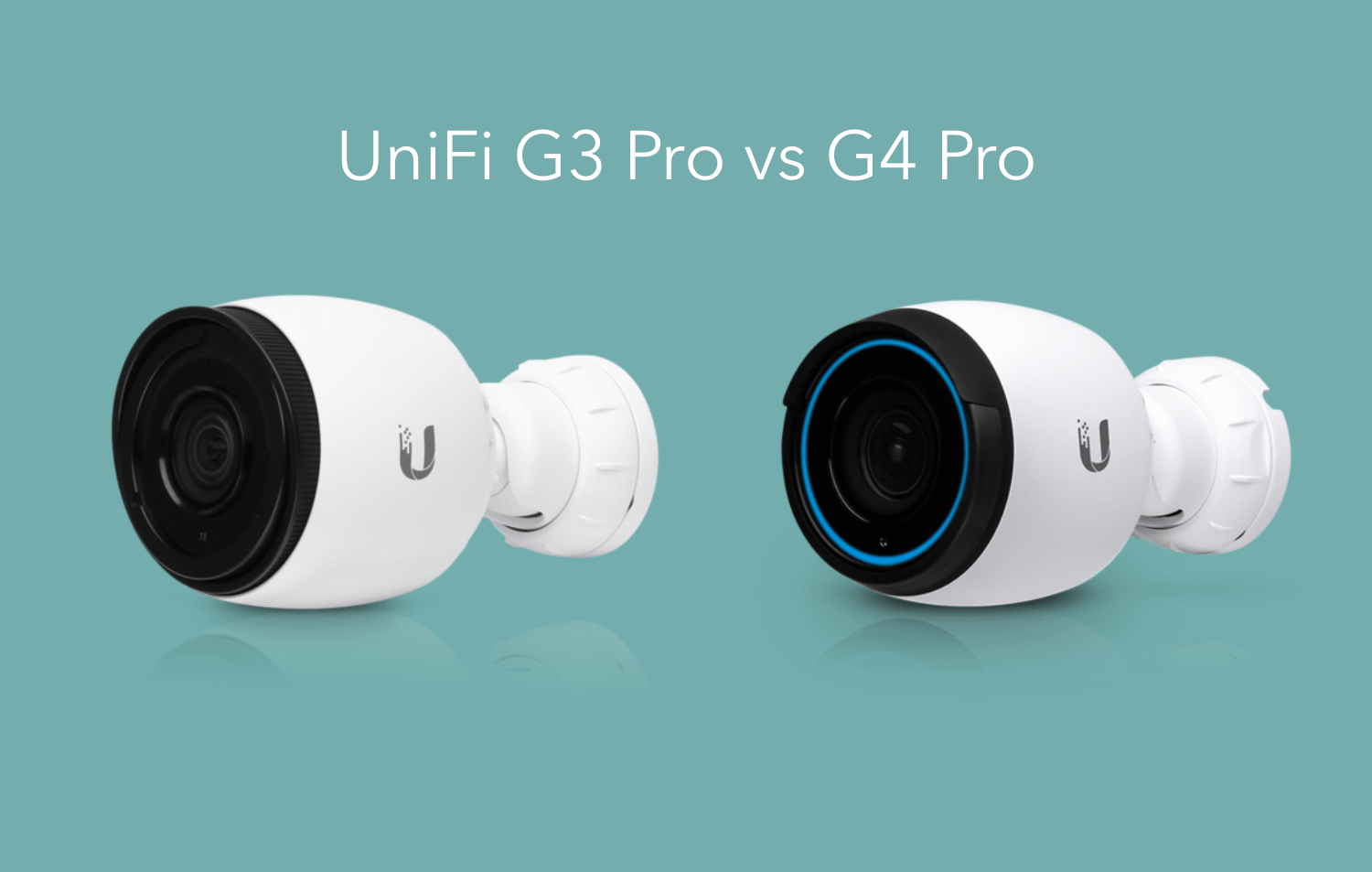 Ubiquiti launched the G4 Pro in May 2019 it was the company’s first 4K camera and the first G4 camera, as of writing the G4 line has been expanded to a G4 PTZ, G4 Doorbell, G4 Bullet and the G4 Dome. With the current software versions, UniFi Protect can now detect objects, using AI processing on the camera it can detect people and cars, with more likely coming soon. This feature only works on the G4 line of cameras, thanks to the more powerful processors.

The G4 Pro and G3 Pro both have 3x optical zoom, which can be controlled by the app or web GUI and has powerful IR LEDs for night vision. Both cameras are IP67 rated, for outdoor use and can both handle the same temperature conditions. The only few advantages between the G3 Pro and the G4 Pro are the recording resolution, more flexible FPS, Smart Detection and increased sensitivity at night. The G4 Pro also includes an LED status ring, blue for on and circle animation for when it detects motion to grab a persons attention at night.

It depends what your installation requirements are, here at A&T Tech we have tested both and can say that the G4 Pro is worth the price paid, simply for its outstanding performance in night time shots. The Smart Detection also makes it very helpful for pinpointing exact events where people or vehicles were involved. However if you need better night performance than the standard G3 Bullet and even the G3 with the IR extender then the G3 Pro is a good upgrade from the G3 Bullet.