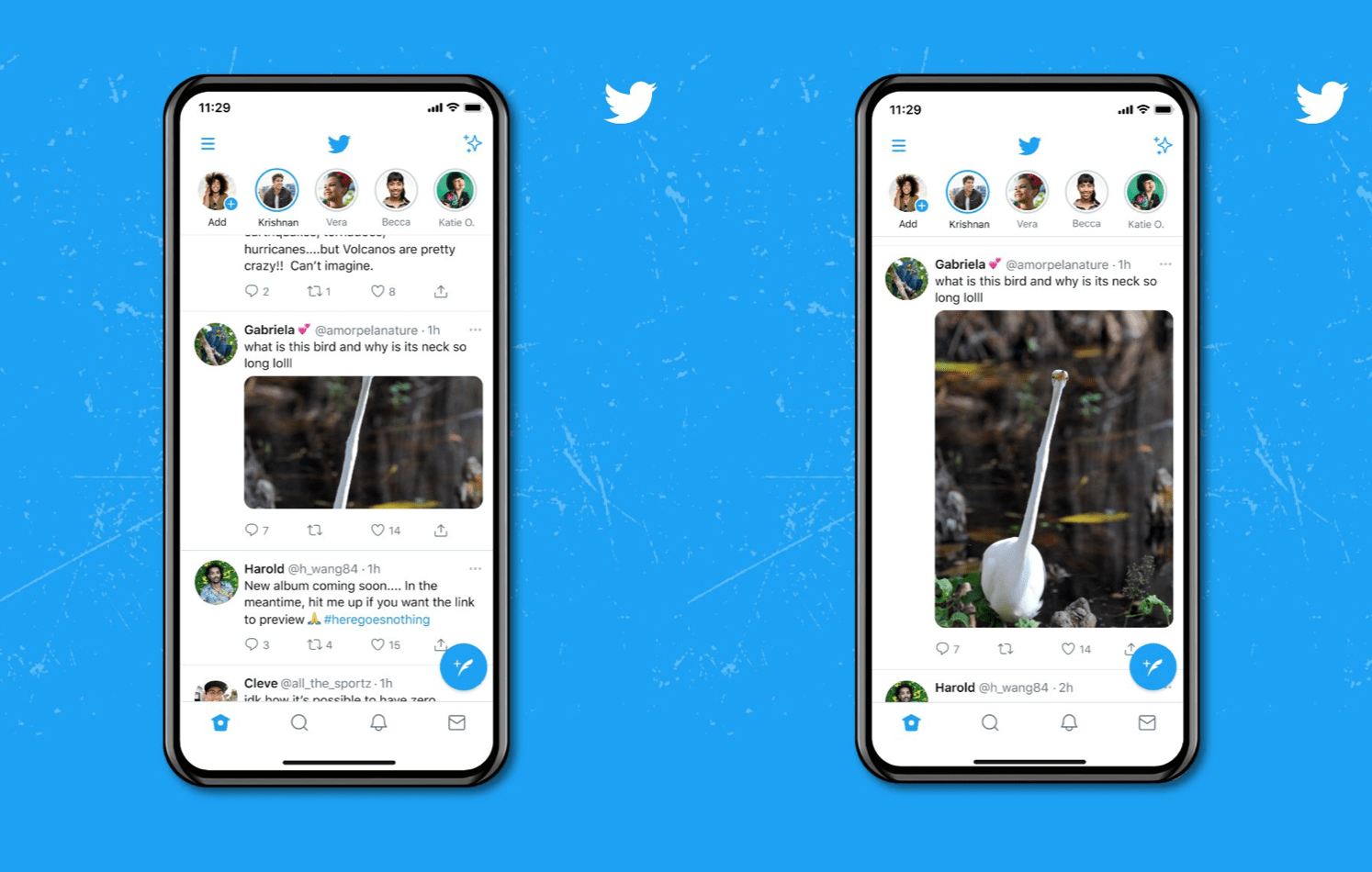 Last week, Twitter made a noticeable change to the way the timeline works on its iOS app with the addition of larger image previews, which basically means taller images won’t be cut off anymore. Twitter has long only displayed a 16×9 version of the image to show in the timeline, probably to make scrolling through faster, but it did add some friction to opening images.

Twitter was testing this back in March of this year and now, users on iOS and Android can enjoy the change.

no bird too tall, no crop too short

introducing bigger and better images on iOS and Android, now available to everyone pic.twitter.com/2buHfhfRAx