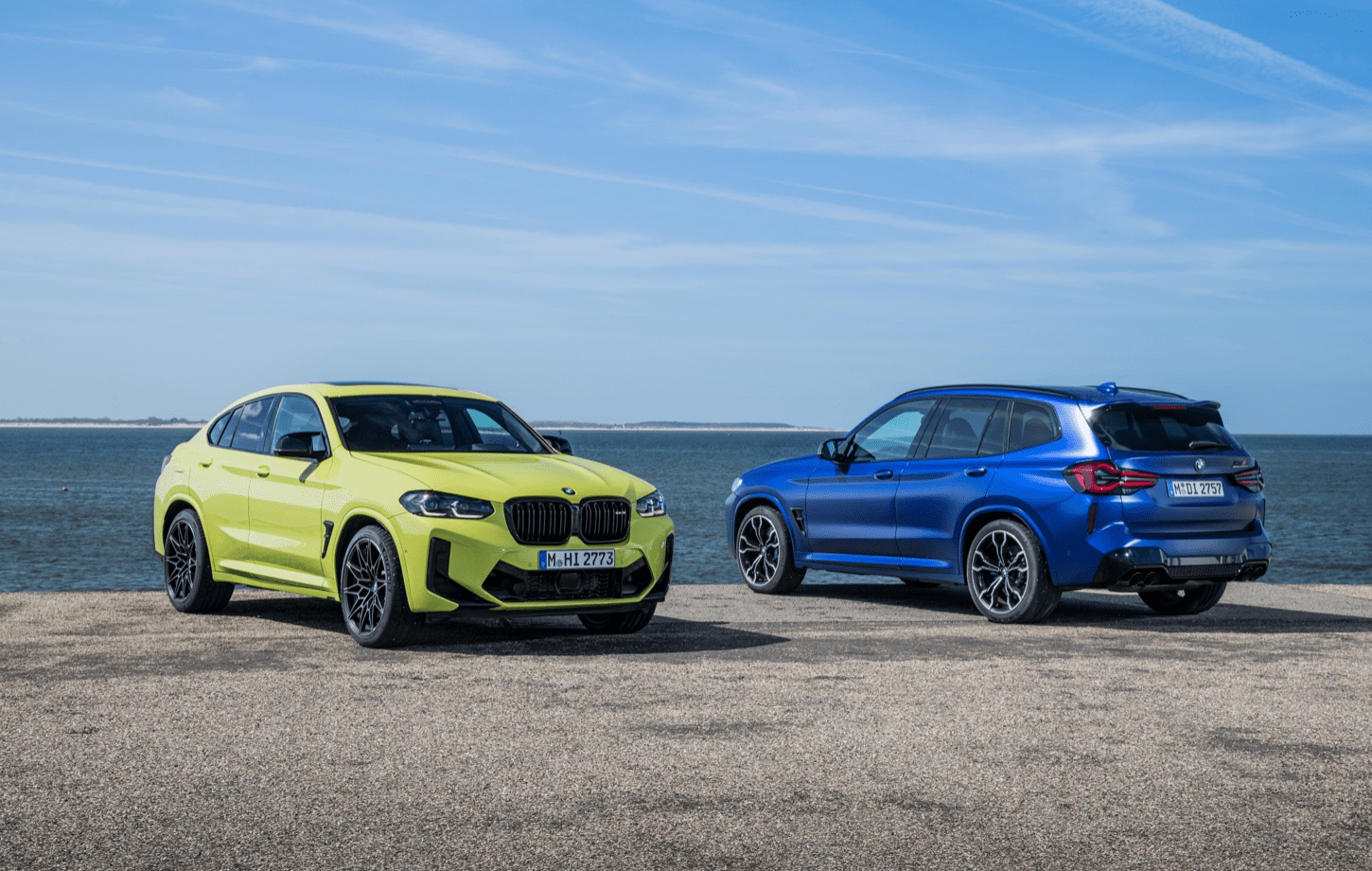 Today BMW has updated its X3 and X4 SUVs with new styling and other tweaks during the cars midlife facelift. Part of the new update, are the revised M models, both with more torque and with some part sharing between the new M3 and M4 models.

The BMW X3 M Competition and X4 M Competition both have the same level of power as the outgoing models, with 503bhp from the inline six-cylinder petrol engine. However, torque is up at 650Nm which is 50 more than before. This added torque has improved the 0-60mph times, both are now capable of hitting it in 3.8 seconds, which is 0.3 seconds faster.

In terms of design, the facelifted model now has a gloss black grill as well as larger air intakes from the side. The headlights are now matrix LED and as an option, BMW will sell you the ‘BMW Laser Light’ which will shine at up to 650 metres away.

Here in the UK, the X3 M and X4 M come standard with 21-inch alloys wheels, carbon fibre trim in the interior and a new cloud based sat nav system – all on two 12.3-inch screens, one for the driver and one for the infotainment.

Both models will go on sale in August, with the Competition versions being the only one available. X3 M Competition starts at £85,100 and the X4 M Competition from £86,860.