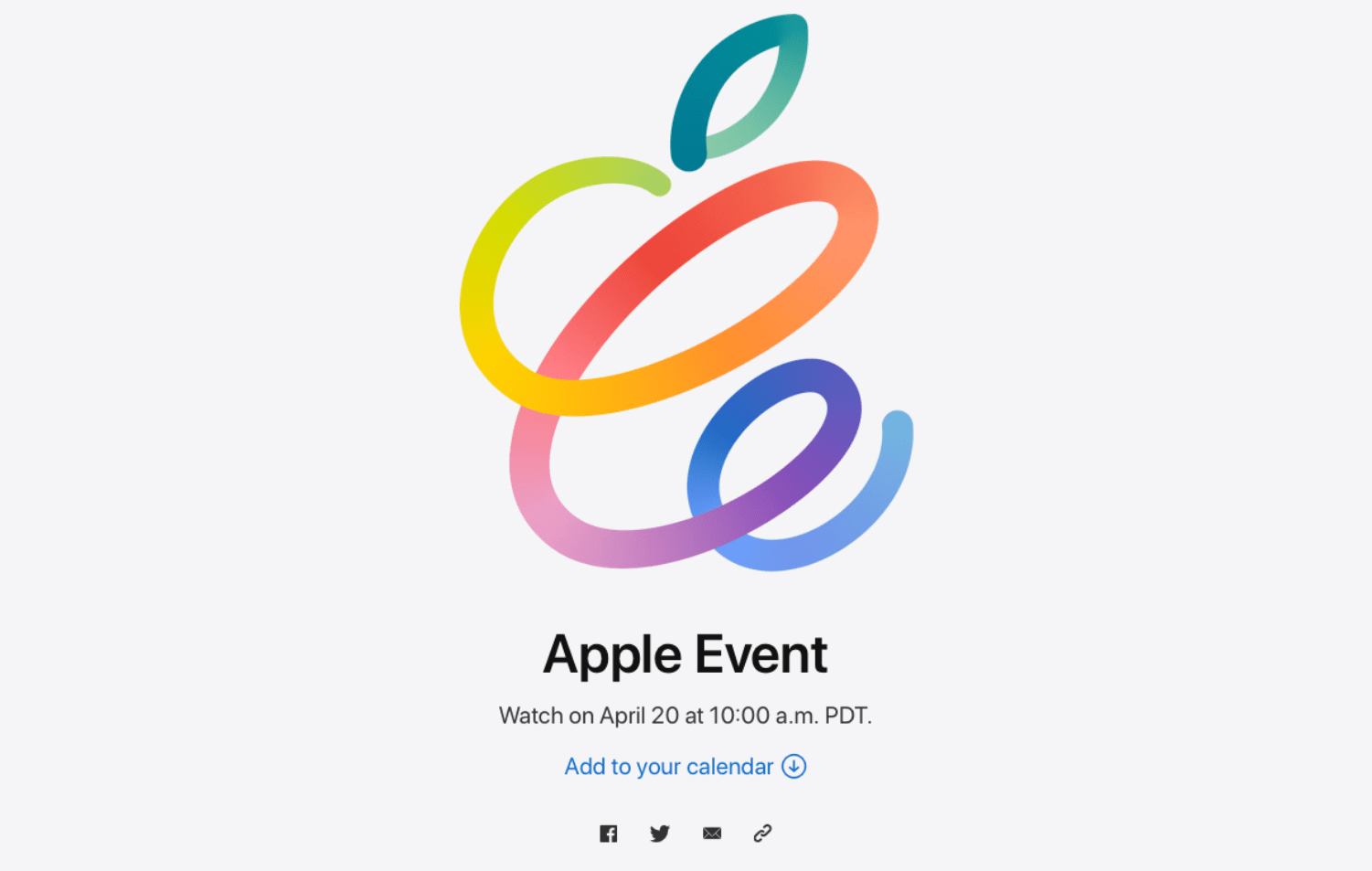 After a brief leak of the date by Siri this morning, Apple has now officially confirmed the date and time for its April media event, which is taking place next week. ‘Spring Loaded’ as it is called is taking place virtually again, from Apple Park at 10am PDT / 6pm UK time on 20th April 2021.

As the name suggests, this event is expected to be loaded with new Apple products, such as new iPad Pro models, more Apple Silicon powered Macs, new AirPods and maybe, just maybe – AirTags.

One new model expected is a new refreshed iMac, it has been a long time since it got a big design refresh, the last time was 2012 and moving the iMac to Apple Silicon is a good time to do it. Most of the rumours point towards a more industrial design, akin to the Pro Display XDR with more powerful M chips.