A few days ago, Toyota revealed the all new fifth generation Prius which will be available in 2023. At the moment, we have access to some specs which Toyota has released so far, with more detailed charging specs to be revealed at a separate event on the 5th December. However, for the first time since the car was introduced over 20 years ago, Toyota won’t be putting it on sale […] Toyota has revealed plans to launch the all new bZ3 in China by the end o the year. The new compact saloon is all electric and is built in collaboration between Toyota and Chinese car company, BYD. Toyota will start sales and production of the car later this year. Toyota will only be offering the bZ3 in China for now and it is unclear if these plans will change. This […] 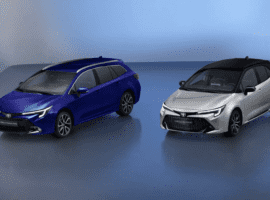 Toyota has put the new Corolla on sale in the UK this week, with prices starting from £29,610. Rather than a full major redesign, this is more of a mid-life refresh for 2023. Toyota have refreshed the engines, trim levels and the included technology. The official order books opened this week on 24th August and will be built in the UK. Corolla’s built in the UK will only be available […] 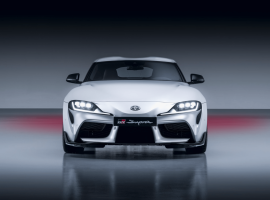 Today, Toyota has announced the much requested manual version of the GR Supra which will have a six speed manual gearbox, coming three years after the Supra was originally launched. The new six speed manual has been engineered by Toyota specially for the 335bhp 3.0-litre straight-six engine. This also means that the manual box is not available for the entry level 254bhp 2.0-litre flat four version of the Supra. However, […] 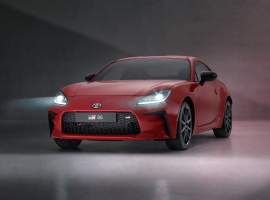 Toyota put the new GR 86 on sale in the UK earlier this month, with prices starting at £29,995. The GR 86 is a direct replacement for the last generation GT 86 and won’t be around or produced for very long, due to new crash regulations. Toyota revealed earlier this week that after just 90 minutes, all the allocation for the UK of the GR 86 was sold out. The […] 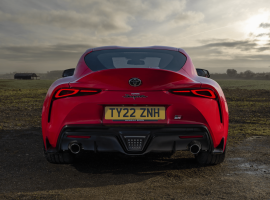 This week, Toyota has finally revealed the soon the Supra will be getting a manual gearbox. The car was launched back in 2019 sharing the engine, gearbox and many interior hardware with its sister car, the BMW Z4. Back when the new Supra launched, many enthusiasts were in dismay when it was revealed that it was only available with an automatic gearbox. Even the BMW Z4 is only sold as […] 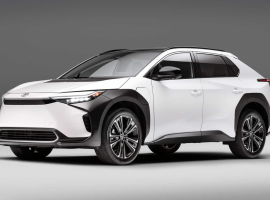 Toyota’s first all electric vehicle, the bZ4X will go on sale in the US later this spring with prices starting at $42,000. It is due to be available at delayers soon and have a range of 252 miles, which is competitive for this size of SUV. The bZ4X isn’t technically Toyota’s first EV, the company did release an electric RAV4, but that was a bit weird. The base model bZ4X […] 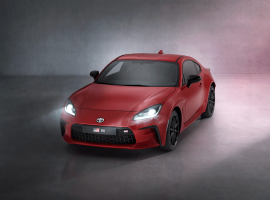 Toyota UK has this week revealed the price for the new GR 86, which is starting at £29,995 and will be available to customers later this year in July. The new car is on sale now. Due to upcoming crash regulations, Toyota has said that it’ll only be selling the GR 86 here in the UK and Europe for two years, so as a result of this Toyota has recommended […] 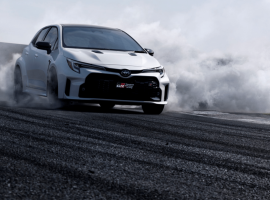 Toyota has announced its brand new GR Corolla in the last few days, with AWD, 300bhp and a six speed manual it goes head to head with the Volkswagen Golf R, but sadly Toyota has no plans to bring it to the UK or Europe. The GR Corolla will be sold in North America however, unlike the GR Yaris. The GR Corolla is developed by the Gazoo Racing devision within […] 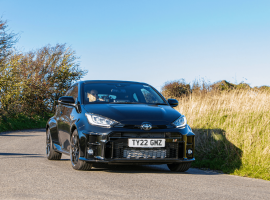 Toyota has been spotted testing a new GR Yaris, but with an automatic gearbox as opposed the standard six speed manual box the car usually comes with. The company entered the car into the ‘Gazoo Racing Rally Challenge’ over in Japan this week. The car is only a prototype at the moment and was driven by Shigeru Hayakawa, who is the Vice Chairman of the Board of Directors of Toyota. […]