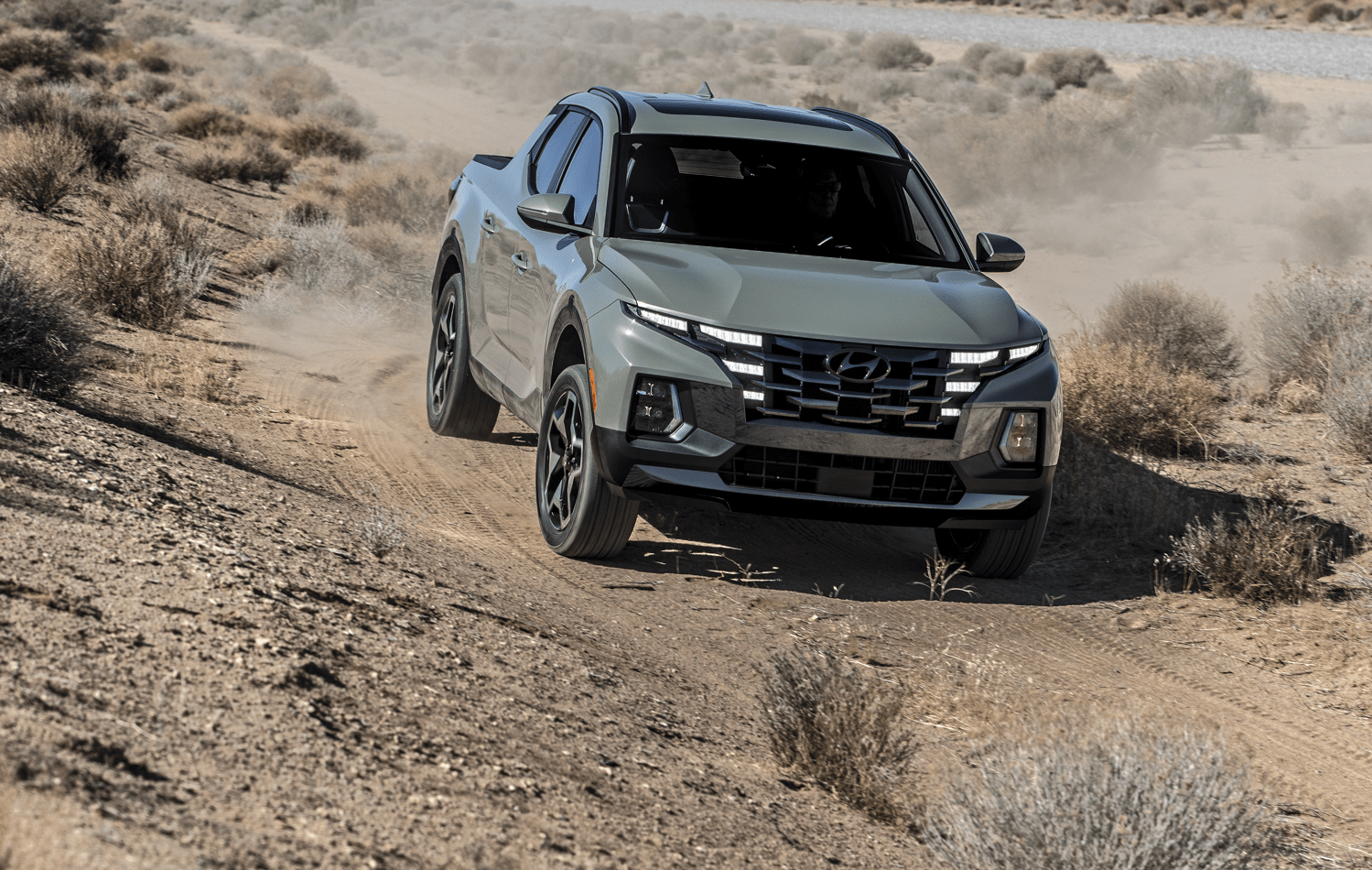 Hyundai has recently launched the new Santa Cruz in the US as its first pickup truck. It looks to compete with the Ford Ranger which itself is on sale in the US and here in the UK, but despite being a pickup it is on the smaller, more crossover size when compared to other pickups across the pond.

Hyundai is even marketing the Santa Cruz has a crossover, but for customers who want the boot to be open, it does come storage areas under the bed as well as a lockable cover. In terms of engines, it can be had with a 2.5-litre petrol engine with wither 190bhp or 275bhp with four wheel drive, through an eight-speed dual-clutch automatic gearbox.

Inside, the Santa Cruz has two 10-inch screens both used for infotainment and driver’s digital displays.