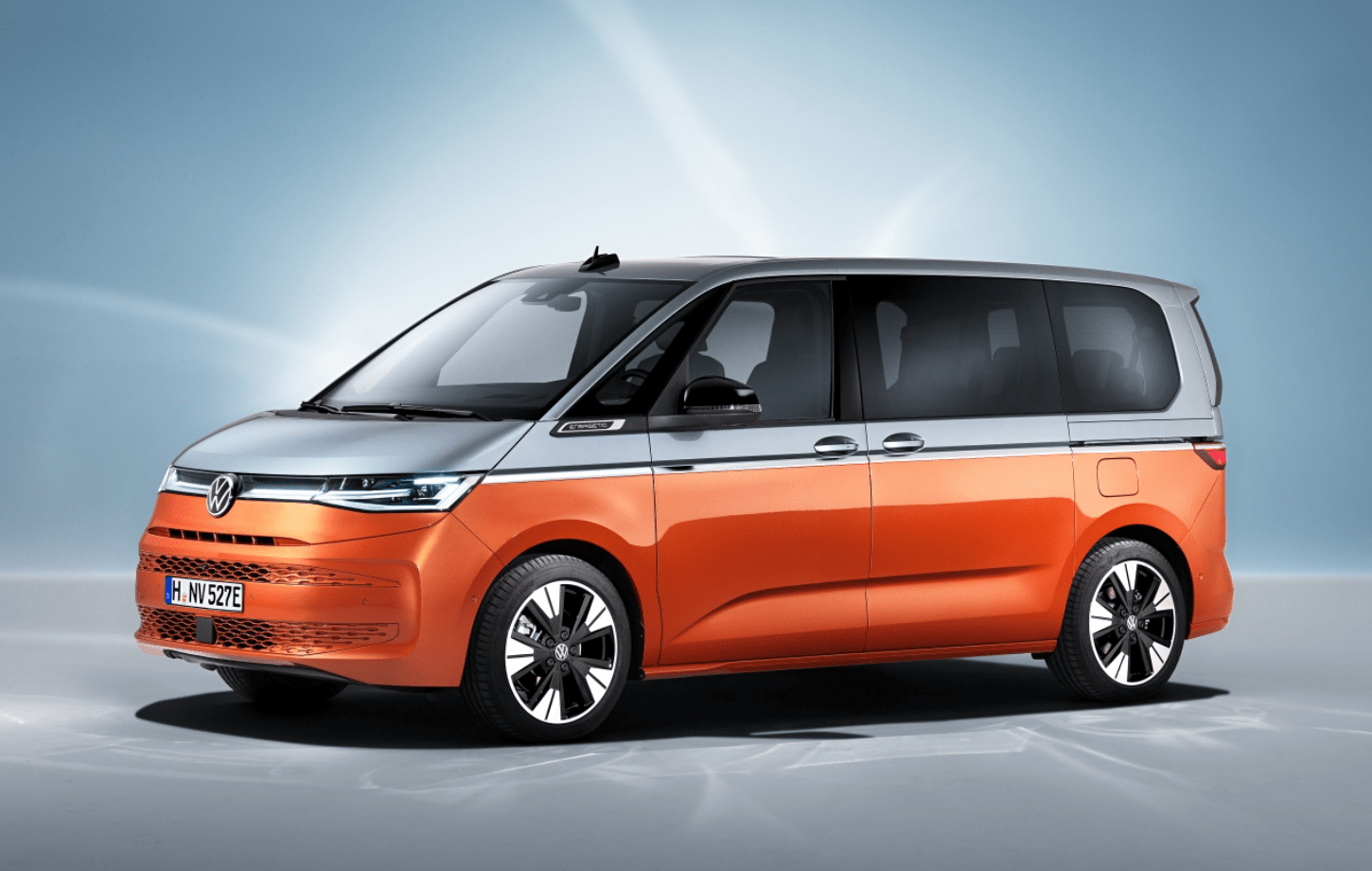 This new Multivan isn’t what the next Transporter is going to look like either, Volkswagen is going to continue selling the T6 Transporter until the next generation Transporter is launched, something that is being built in conjunction with Ford for the first time to help cut some of the expensive development costs. This means that this new Multivan is actually built on the same platform as the larger VW Group SUVs, albeit here in an extended form.

Once the all electric ID. Buzz launches in 2022 there will both a cargo van and a people mover version to compliment the T7 Multivan and the next Transporter.

The new T7 Multivan has some design cues which make it look like the new Mk8 Golf and the new Caddy, with a new plug-in hybrid drivetrain, smoother body panels, thin headlights and an open mesh grille.

Inside, the dashboard has Volkswagen’s latest 10.25 digital dash for the driver as well as a 10-inch touchscreen infotainment screen with an integrated eSIM for constant connectivity, as seen on the ID range and the Mk8 Golf. Wireless phone charging is also available. 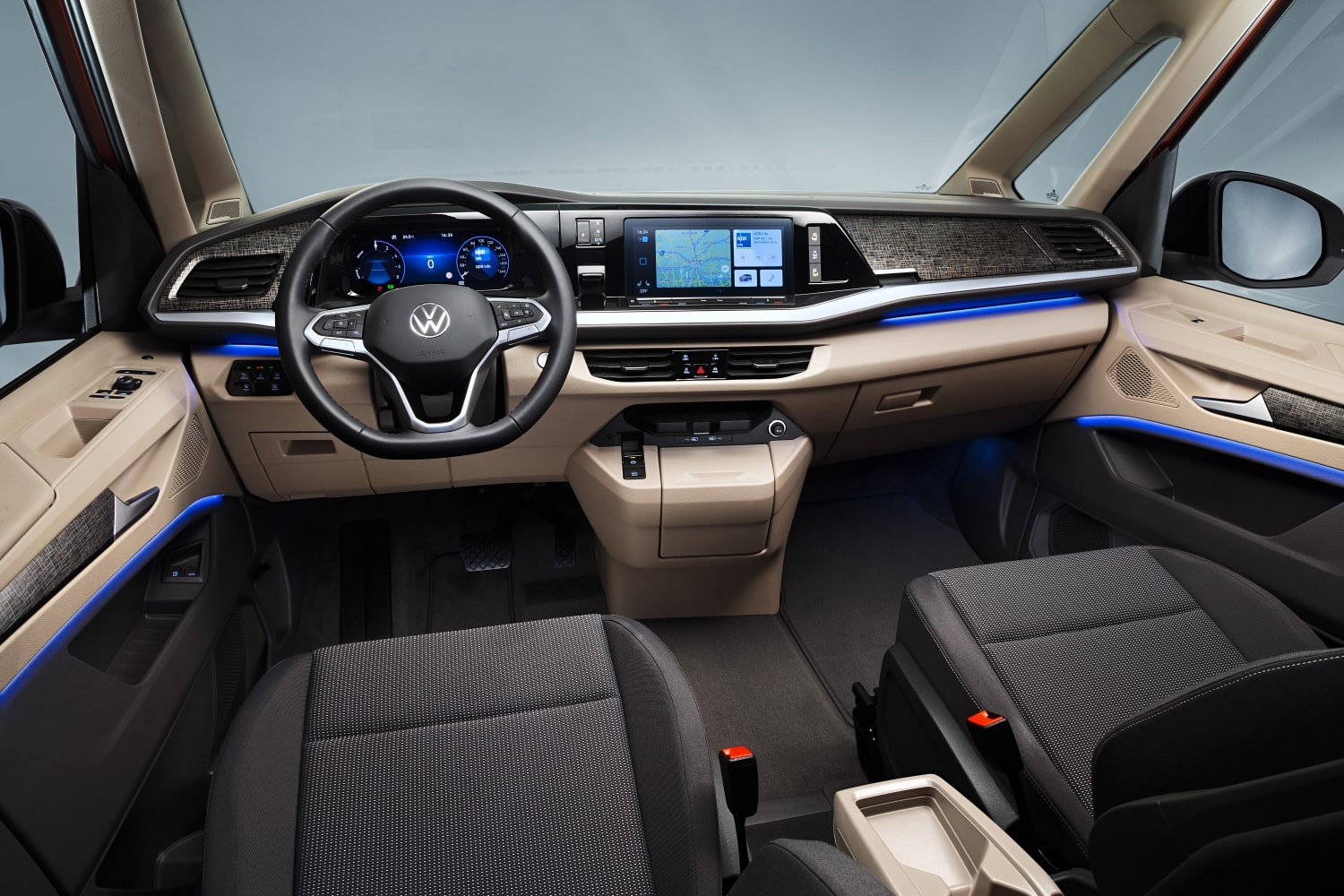 Ambient lighting makes its way to the doors and dash and Volkswagen has freed up some floor and dash space by making the T7 Multivan DSG auto only, with no need for a manual gearstick or a physical handbrake.

In the rear, Volkswagen has updated how the seating arrangement works, with seating for up to seven, with five in the back. Gone is the large three seater bench seat, each one is now individually moveable, with space for a table in between the two rows. 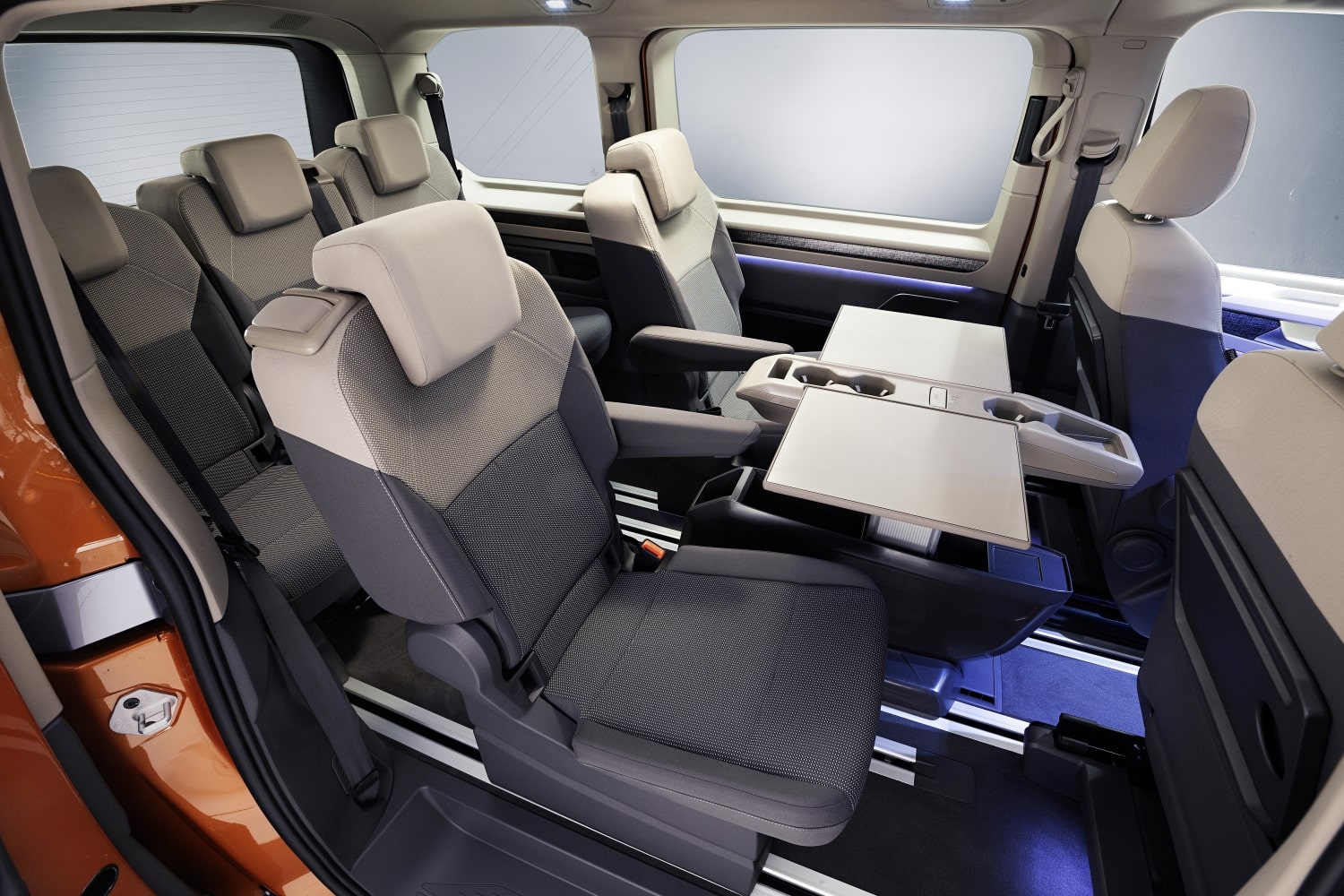 In terms of engines, VW has an eHybrid model available which uses a 1.4-litre turbo petrol engine and an electric motor in conjunction to get 215bhp, you can even drive it in electric only mode and get 30 miles of range. For those who need or prefer it, VW is still offering some combustion only options, with a 1.5-litre petrol developing 134bhp and a 2.0-litre petrol, with 201bhp. However, those looking for a diesel will have to wait until 2022 for that – when VW will have a 2.0-litre with 148bhp available.

The new T7 Multivan is due to go on sale later this year, with pricing to be confirmed. The current Caravelle it is replacing comes in at around £50,000 in the UK so we can expect it to be similar.