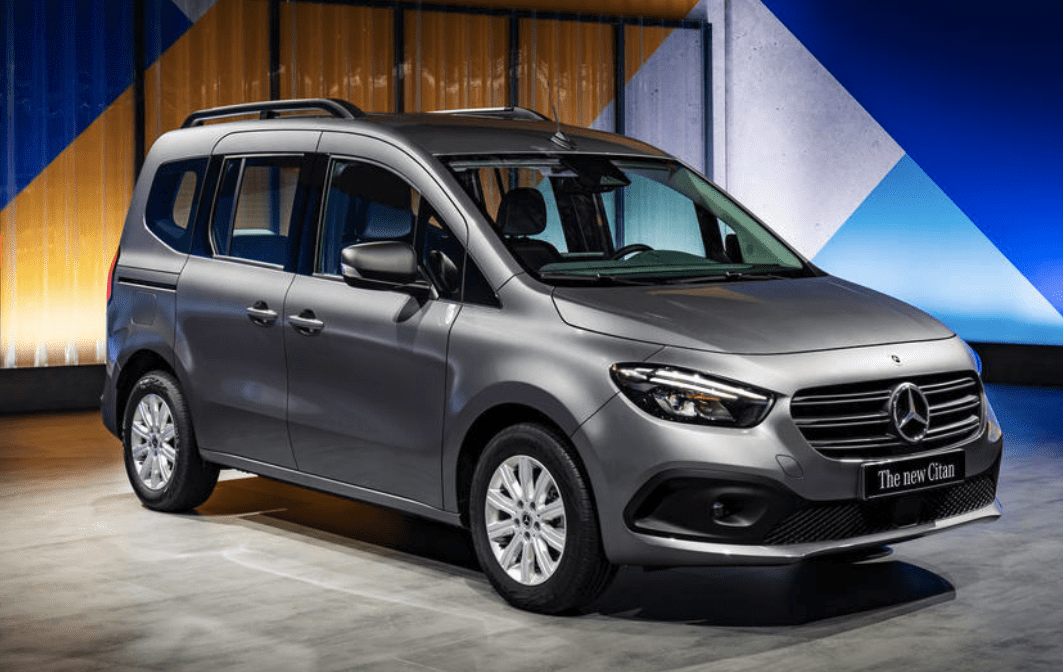 Mercedes has revealed the new second generation Citan this week, ahead of the scheduled release to the general market announcement taking place in Germany in September. The new Citan will be the last combustion engine powered van the company will be offering. Every model following the release will be electric.

The new Citan shares the same platform with the latest Renault Kangoo and can be specced as a Panel Van or a MPV, the latter will be launched as a T-Class model, an upmarket passenger carrying MPV.

The new van has some more styling cues from the rest of the Mercedes lineup, with what the company calls “muscular shoulders” and “striking wheel wells.”

The new Citan will come in various sizes including a standard length of 4498mm with a 3050mm load bay. There will also be short and extended wheelbase versions launched later on.

Starting next year, Mercedes will put the all electric eCitan on sale which is expected to use the same, if not similar drivetrain and battery tech from the Kangoo E-Tech. With a range of 177 miles from a 101bhp electric motor and 44kWh battery.