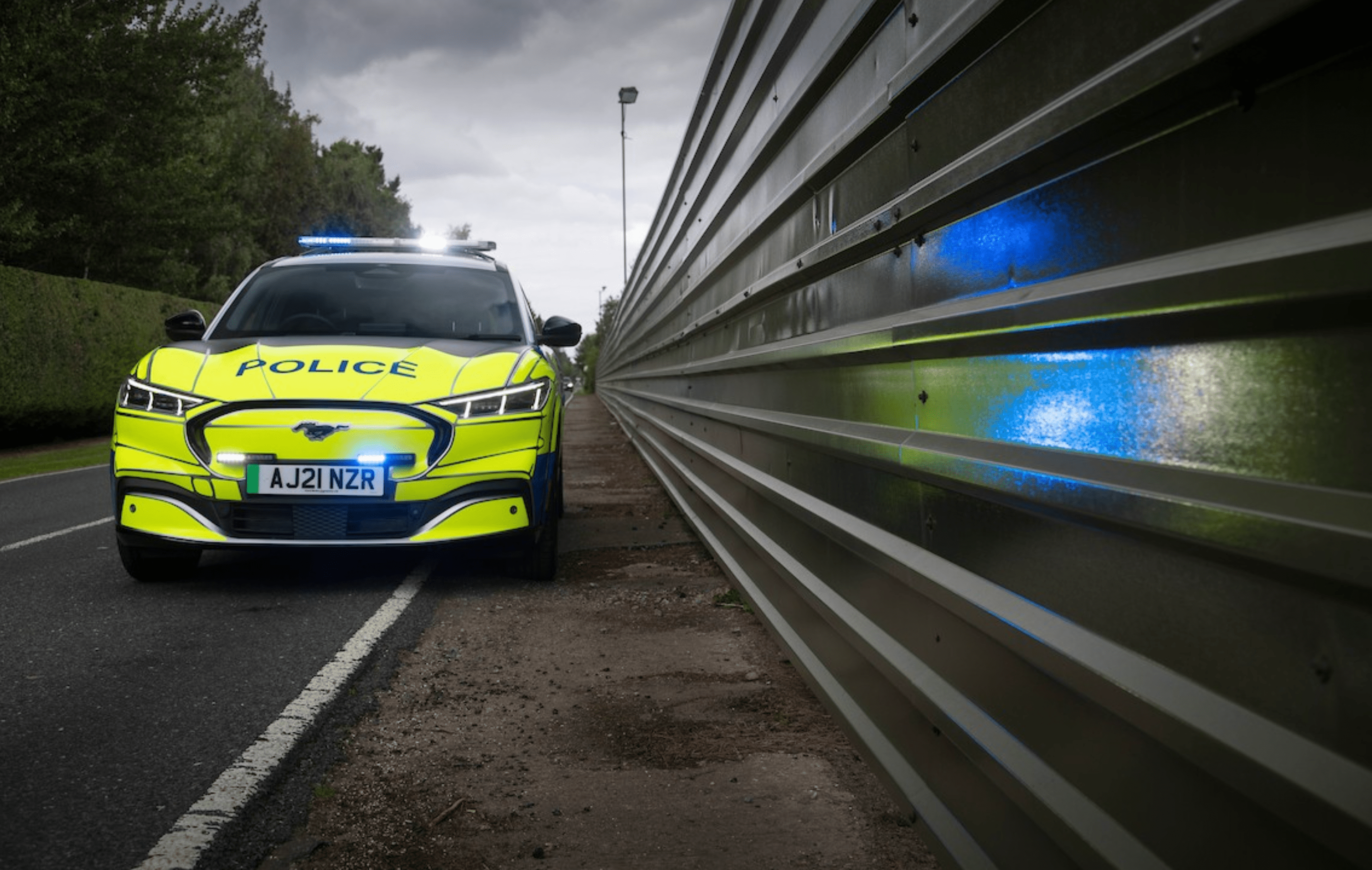 UK police forces are to start trials of the new, all electric Ford Mustang Mach-E. The concept car was unveiled by Ford today at the Emergency Services Show in Birmingham. According to Ford, a number of forces around the country had put in requests to start looking at the all electric SUV from Ford.

Seven police forces in the UK, the Metropolitan Police, Sussex, Surrey, South Wales, Dyfed-Powys, Devon and Cornwall, and Police Scotland have all asked for the Mach-E to be tested, or have actually tested it.

The Ford Mustang Mach-E can do 0-60mph in 3.7 seconds, with 379 miles of range. The concept that Ford has unveiled is in the GT trim level, with a limited top speed of 111mph. All the emergency lights fitted the car are LEDs to keep energy consumption down.