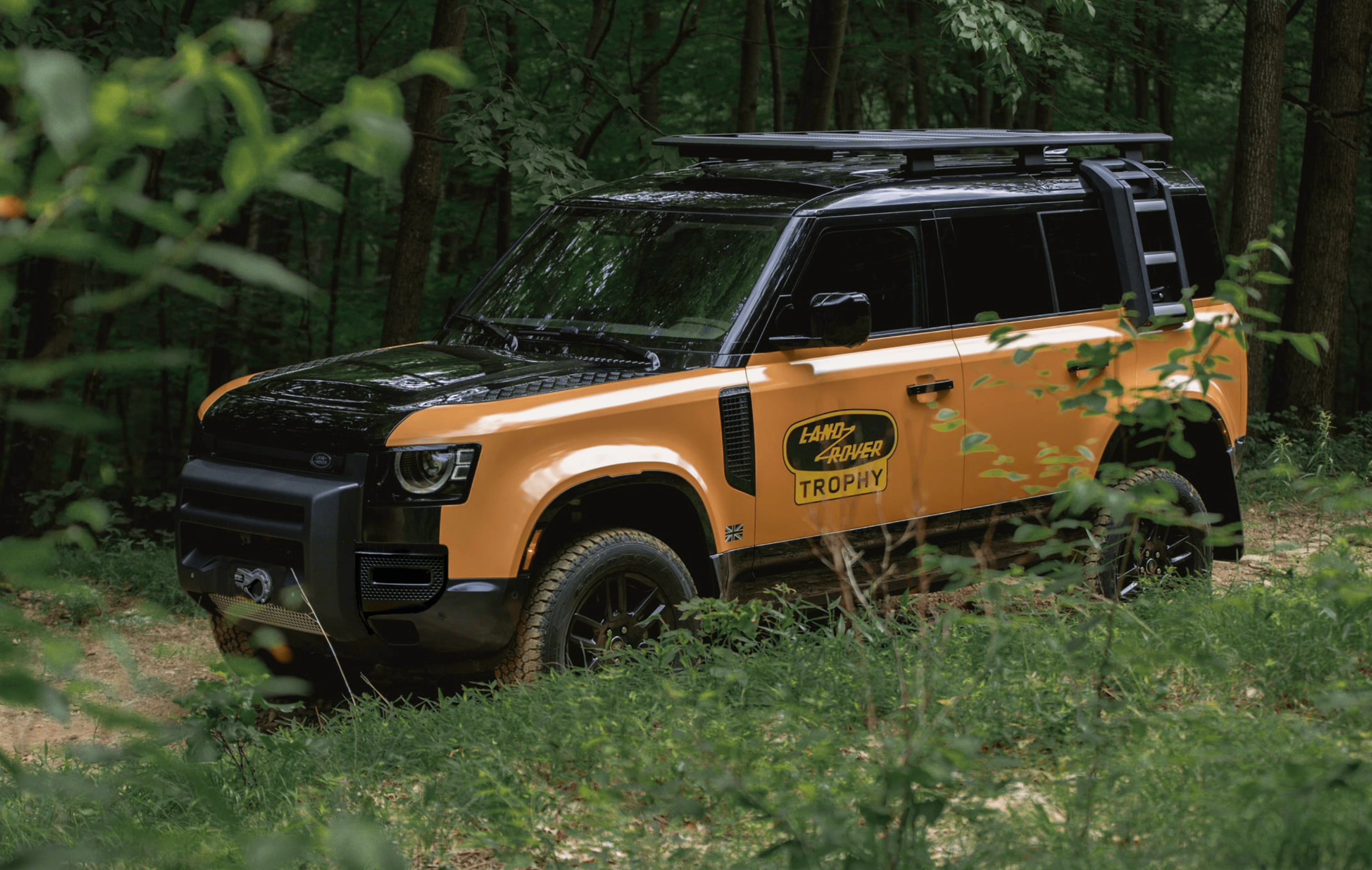 Land Rover has announced a new limited edition version of the Defender, called the Trophy Edition which pays tribute to the famous Camel Trophy expedition vehicles used in off road challenges between 1980 and 2000. The new limited edition Defender is only available in the US, with only 220 being produced.

Each car features a yellow paint job, with black bonnet, roof and side skirts. Land Rover’s retro logo is on each door on the sides. The engine used here is from the X-Dynamic SE Defender, with a 3.0-litre straight-six mild-hybrid petrol engine and 395bhp. 0-60mph is handled in 6.1 seconds with a top speed of 129mph.